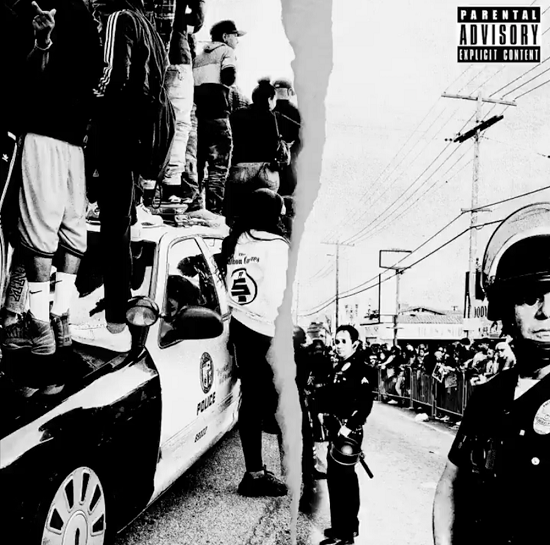 Police brutality has been long simmering problem in this country and the murders of George Floyd, Breonna Taylor and Ahmaud Arbery may have finally pushed America past the boiling point. So much that even while dealing with a pandemic, scores of people have taken to the streets not only in the name of those three but all the others who have died due to this country's history of racial violence and discrimination. Artists have also been inspired to take a stand, including musician Terrace Martin. He got with his homies Kamasi Washington, Denzel Curry, G Perico and Daylyt to create the fiery protest track "Pig Feet."

"Someone asked, how do I feel?" Terrace Martin wrote about the track. "I told them hurt, fearless, angry, aware and fully ready to protect me, my family & my people at all cost. I got together with Black men that felt the same way and created a work of truth." The song pulls no punches as it gets to the root of the problem. It opens with gunshots and then the distressed call of a woman yelling, "They shot him! Oh my God. He didn't have a gun." Elegiac saxophone can be heard faintly before the beat drops into a hard-hitting, industrial drums as the rappers take turns letting loose their anger and rage and what's going right outside our windows.

To further getting the message across, the song's video is a compilation of recent protest footage. It's a firsthand account of the current fight for freedom that's always promised but has yet to be given. The images don't just detail the unrest, though. They also show that this is a problem that needs to be addressed with lasting change and reform, not just arrests that ultimately result in no conviction. The song ends just after the three-minute mark; however it keeps playing as the names of those killed at the hands of police scroll for nearly another three minutes, showcasing just how much we've lost in this battle.

The officers might have been charged in George Floyd's murder, but this fight must continue. Listen to the "Pig Feet" here and check out the moving video below.