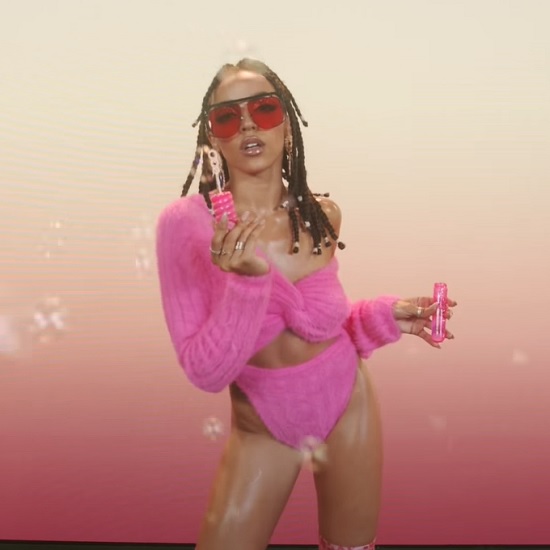 Tinashe has been relentless with the promotion of her indie debut Songs For You since its release last fall. We've gotten countless single releases and more than a few videos from the set. Of course, her promotion died down a bit when the coronavirus outbreak came in the door waving the .44 and ruined everyone's good time. She's not letting Miss Rona steal her shine, though, and soldiers on with a remix of her bop "Hopscotch" courtesy of the fellas of THEY.

The original track packed quite a bit of bump in its three-minutes, including an 808 thump that won't quit and Cali-fied production that captured the feel of LA. THEY. amped up the laid-back California feel of the track even more with the remix. It opens with gently strummed guitar and hazy synth before the beat picks up for the first verse. Trappy hi-hats and drums are still in order, but with the more easygoing instrumentation, they're less an excuse to twerk your body down to the ground and more a reason to nod your head while cruising down Santa Monica Boulevard.

Tinashe also turns up the summer heat with a way too short video for the remix. Shot on a soundstage, it shows Nasty Nashe flaunting her curves and flawless skin in scorching hot swimwear looks and pandemic-appropriate gloves and facewear. Sadly, the clip is just under a minute long, teasing us with just a taste and leaving us to wonder if there's more to come.

Take a listen to the THEY. remix of "Hopscotch" right here and then stick around to be teased by the song's short-but-sweet video.