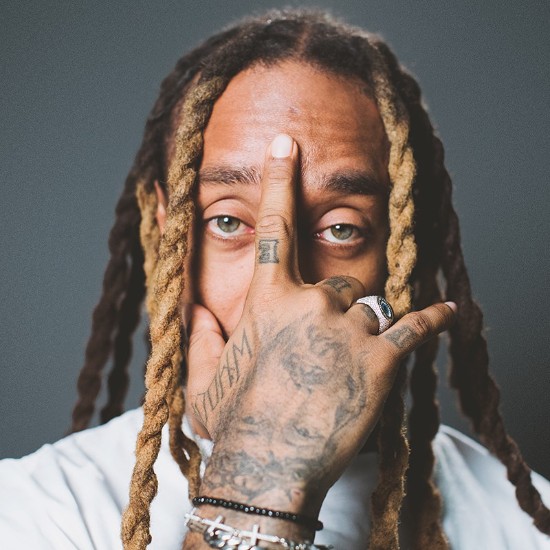 Yes, we are kings and queens. It's true that our melanin is poppin'. Our analytical acumen and unapologetic swag can only be described as magical. Yet, we're also emotionally drained and physically exhausted. A 400-year war will do that to you.

It almost seems frivolous to write about music right now, but when an artist heeds Auntie Nina Simone's admonishment to "reflect the times," it might be worth a listen. Such is the case with Ty Dolla $ign, who gave voice to our pain in a recently leaked collaboration with Skrillex, Ant Clemons, German DJ Virtual Riot and actress/activist Nia Miranda with a snippet released via social media and unofficially dubbed, "You See It."

"I know you see it / My people dying in the streets, they ain't breathing / I know you heard about it /  You know the issues, but the problem's you ain't speaking," Ty sings. Ant joins in to ask some heartbreaking questions, like, "How many more of my brothers do I gotta lose 'til I see change?...How many more of these mothers gotta lose their child 'tll we fix things?" The preview ends with an excerpt of Nia's viral exposé, outing non-Black "protesters" as they spray-painted a local business. "When you see stuff like that, you supposed to stand up and say something!" she proclaims.

There's no official word of when a full-length song will be released, but for now, this brief message makes a powerful statement. Listen to the collaboration below (courtesy of The Hip's Show), then head to Twitter or IG for an updated visual (inspired by George Floyd's murder) of "No Justice," Ty's still-relevant 2016 duet with his brother Big TC.


TAGS:  Ant Clemons, audio, Big TC, George Floyd, Nia Miranda, Skrillex, Ty Dolla $ign, Virtual Riot
Previous: Brian McKnight Has Got It ‘Bad’ As He Prepares His ‘Exodus’ Next: The Brand New Heavies Take Us Back To the Studio With ‘TBNH – The Funk’