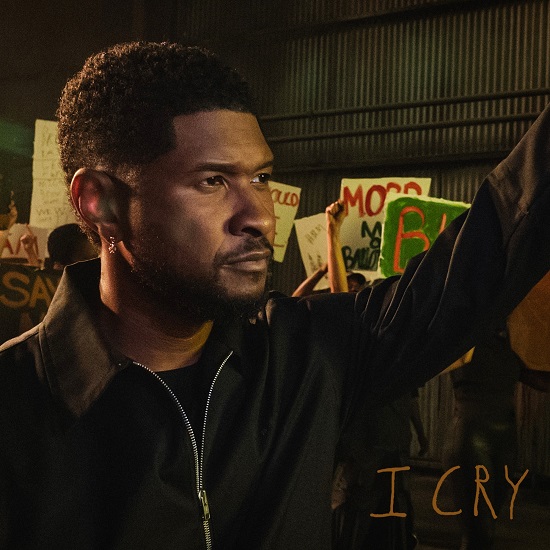 The current climate is bringing out the political side in everybody these days. Because of this, we're flush with protest songs in support of the movement against ongoing police brutality and systemic racism. This moment is even bringing out some artists who aren't necessarily known for dabbling into the realm of the political. That includes Usher, who is using his art to express his anguish with "I Cry."

We would never expect to hear something from Usher that wasn't polished and he doesn't disappoint here. Rather than go with a grittier sound, Usher presents his lament with his signature R&B-pop sheen. The production is slick as it incorporates piano, guitar and drums to create a sound that would match material from his most recent albums. The message here is quite different, though, as he speaks to the Black Lives Matter movement and the current state of things. "I cry / For the sons without fathers / And the pain that their mothers / Hold deep inside," he sings on the chorus. "And I'll fight / For the future we're making / We can change if we face it / 'Cause these tears won't dry / So I cry."

Usher elaborated on what inspired "I Cry" with a social media post, writing, "Like many, I grew increasingly frustrated by how slow things have been to change. I became very depressed thinking about all sons who have lost their fathers to police brutality, social injustice and violence; the daughters and mothers, too. So I returned to this song and realized it was intended for this time, so I finished it and here it is."

Ursh, who already released singles "Don't Waste My Time" and "SexBeat" already this year, will be donating the proceeds from the song to the Local Initiatives Support Corporation in support of their Global Goal: Unite For Our Future campaign. We suggest you aid in the cause by picking up your own copy after giving it a listen below. You can also donate to the non-profit directly here.