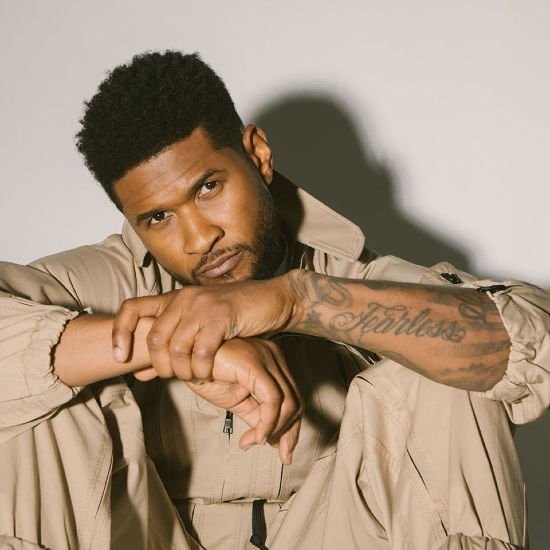 Earlier this month, R&B legends Boyz II Men stopped by NBC's Songland in search of their next hit. And, judging by the performance of "Love Struck" on the iTunes charts, they struck gold. Hoping to replicate their success is another '90s R&B vet, Usher. Mr. Raymond stopped by the reality songwriting competition on Monday's season finale and selected Ryan Cam’s “California” – co-written by hitmaker Ester Dean – as his next single.

“California” is a trap-friendly smooth R&B joint about wanting to pull up on a PYT. Usher revamped the song to fit his personal sound and also altered the lyrics a bit to make it relevant to these quarantined times because of the coronavirus pandemic. “If we weren’t locked down right now, we’d be locking up right now,” Ursh croons on the chorus. Tyga comes through with little more hip-hop flavor on the second verse, wishing to reunite with a long-distance lover. The track would ironically feel right at home on his Zaytoven-produced Atlanta tribute EP, A, sharing similarities with the single “Peace Sign.”

Also ironic is the fact that the video for "Peace Sign" featured images of California, and the video for "California" starts off with imagery of Atlanta. In the visual, Usher is seen in the studio singing while we see images of busy Atlanta streets, the city where he’s trapped away from his boo. Meanwhile, Tyga's in the studio on the left coast laying down his verse. On the chorus, the scenery changes to tranquil images of California, such as beaches, streets lined with palm trees and copious amounts of sunshine.

With this latest addition to our playlists, consider us impressed by some of the songs that have come from season two of Songland. "California" joins Usher’s other recent singles “Don’t Waste My Time” featuring Ella Mai and “SexBeat” featuring Lil Jon and Ludacris taken from his long-awaited and highly-anticipated sequel to Confessions.