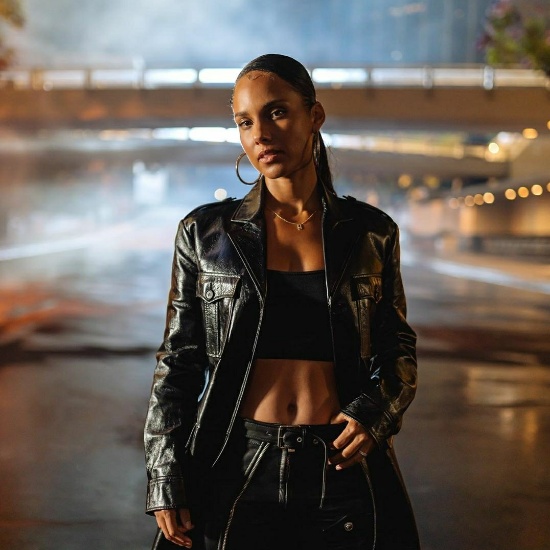 The pre-recorded performances for the first-ever virtual BET Awards that aired this past Sunday were topnotch music video quality. There was Megan Thee Stallion's Mad Max fantasy take on "Girls In The Hood" and "Savage," John Legend giving his current single "Never Break" a slick look complete with the requisite awards show gospel choir, Jennifer Hudson's simple yet elegant performance of Aretha Franklin's version of "Young, Gifted And Black" immediately after viewers got to see her do her thing as the Queen of Soul in the RESPECT trailer and so many more that caught our attention. One of the most striking visuals of the night came from Alicia Keys whose performance of her somber new single "Perfect Way To Die" has now been released as the song's official music video.

Director Chris Robinson captured Alicia singing at her grand piano situated on a slick, late-night city street. Surrounded only by tall office buildings, she emotes, plays and sings to an audience of none like she's in a packed house. As the song continues and she gets to the second verse referencing Sandra Bland's tragic case, a larger-than-life illustrated portrait of her appears on the side of a building. Images of George Floyd, Breonna Taylor and Mike Brown follow before Alicia gets up from the piano to take a knee as the camera pans out to reveal the names of more victims of police violence written on the pavement beneath her. There are so many names to read, and it's a searing image that will stay with you long after the video ends.