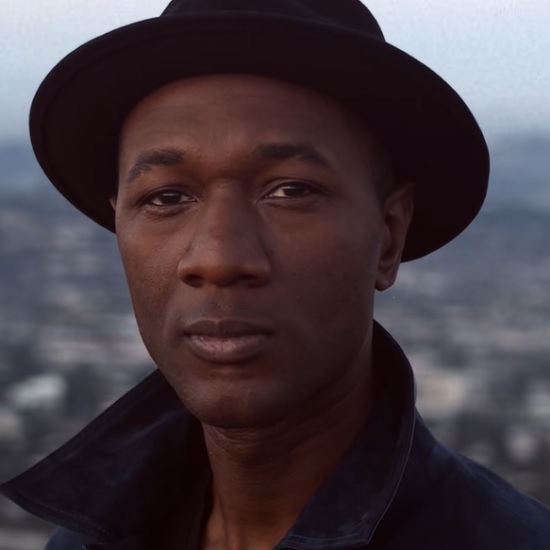 Aloe Blacc stays busy even during a pandemic. Case in point, he's hard at work preparing his next album, All Love Everything, to arrive for the masses this fall. But before he releases his latest, he's taking a look back at what he's done with the release of his single and video "My Way."

"My Way" falls squarely in the wheelhouse of Aloe Blacc. It has a simple arrangement, with piano leading the way and strings and drums following suit. It leads to a feel-good vibe felt by all paired with encouraging lyrics. "I can make it through this / You can throw the world in my face," he sings on the chorus. "But the fear gives me life / And I swear 'til I die / I'm gonna do it my way." Rather than do a standard video for the track, Aloe goes with a sort of clip show which features footage of him throughout the course of his career — including concert footage, shots from the studio and footage from his travels across the globe. These are all interspersed with shots of a solo Aloe standing among hills as the sun shines brightly behind him, making sure that the good vibes radiate beyond the screen.

"My Way" is the second single from All Love Everything, following in the footsteps of lead single "I Do." We're more than positive that we'll get much more from Aloe Blacc before the set is released on October 2nd.