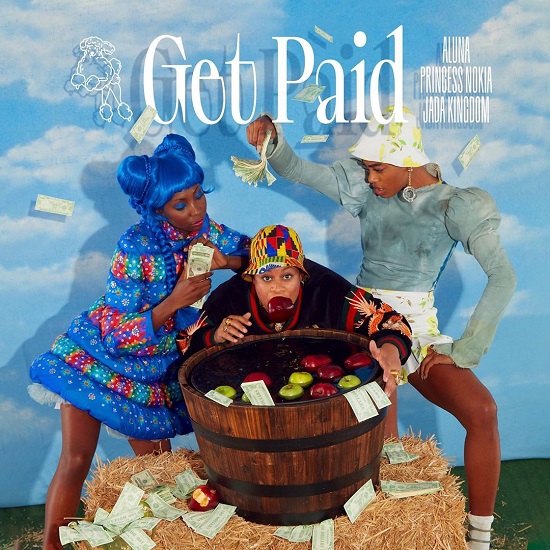 Back in May, Aluna announced that she was going off on the solo tip with her jam "Body Pump." Now the newly solo songstress has finally made her intentions known with the announcement of her upcoming debut album Renaissance. The set will be coming at us at the end of summer and she's making sure it stays on our mind with the release of her latest single "Get Paid."

Aluna taps into dancehall for the track, which interpolates Mr. Vegas' classic "Heads High" and flips it into a money-makin' anthem for the ladies. The chorus tells you all you need to know about where her mindset is for the track. "Get paid / I'm out the door / Make money / I spend it / Want more," she sings. "Get mine / Looking so fine / Tell them so don't waste my time." But it's not just Aluna on the track clocking dollars. She's joined by Princess Nokia and Jada Kingdom, who join her in extolling the virtue of financial pursuits. Each of the women adapts to the sing-song patois of the track while keeping the energy and vibe fiercely feminine and powerful.

"Get Paid" is just the tip of the iceberg of what we can look forward to when Renaissance arrives. The tracklist features a lot of interesting titles and more than a few guests to make us happy (including Kaytranada, SG Lewis and Rema). You can get into "Get Paid" via the audio and lyric video, and check out the full tracklist below. Renaissance will hit stores via Mad Decent on August 28th.

1. I've Been Starting to Love All the Things I Hate
2. Warrior featuring SG Lewis
3. Sneak
4. Envious
5. Don’t Hit My Line
6. Get Paid featuring Princess Nokia and Jada Kingdom
7. The Recipe with Kaytranada, featuring Rema
8. Body Pump
9. Ain’t My Business
10. Off Guard
11. Back Up
12. Pressure
13. Surrender
14. Whistle