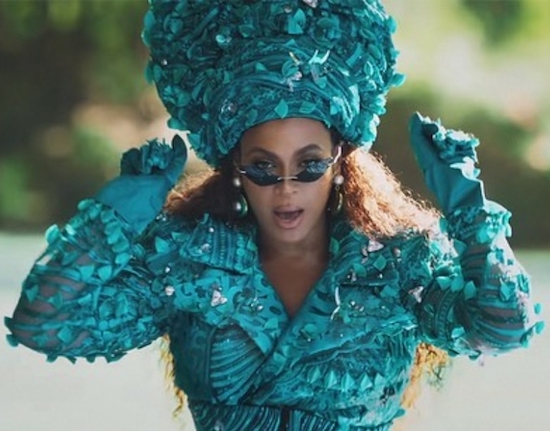 Beyoncé releasing a film to accompany her musical releases has become somewhat expected at this point. Yet and still, it’s always welcome, as King Bey always comes through with a creative visual component to complement her bops. In recent years she’s also added a socially conscious message to her art, celebrating Black culture across the diaspora. This message is front and center in her new film, Black Is King, the visual accompaniment to last year’s compilation album, The Lion King: The Gift, filled with music inspired by The Lion King live-action remake. We get our first taste of the visual project with the video for the song “Already” featuring Shatta Wale and Major Lazer. “Already” gives us a glimpse into the full majesty of her ambitious film. It tells the story of a guiding spirit helping Black people recognize their royalty and celebrate their culture.

The visual opens with Black men painted in a turquoise hue all covering their eyes as a voiceover from the scene where Rafiki meets Simba in The Lion King plays, with Simba telling Rafiki he’s nobody although the wise monkey knows he’s already a king. The voiceover ends with a visual of one spirit walking out of the bush with his eyes open taking in the world. From there, we transition to a warehouse where Beyoncé and her crew of dancers slay us with stop-motion choreography. We’re also blessed with a few other visuals of African culture and Bey rocking a number of elaborate looks. Shatta Wale and Major Lazer keep it cool in their own looks standing beside our leading lady in their own scenes. Towards the end of the clip, we see a group of Black men dressed in purple suits sans shirts all jumping straight into the air, symbolizing their awakening as kings, as the lyrics “Be your own king” play.

After watching the "Already" visual, we have to admit we’re feeling mighty Black and proud. For more of Beyoncé’s beautiful Black imagery and epic vision, stream Black Is King on Disney+ this weekend.


TAGS:  beyoncé, major lazer, Shatta Wale
Previous: Ledisi & PJ Morton’s ‘Anything For You’ Duet Is Everything Next: Toni Braxton Shakes Off Heartbreak In ‘Dance’ 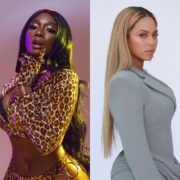