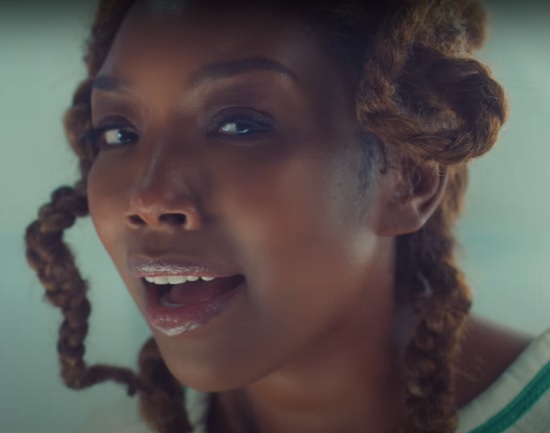 Brandy has returned to us after an eight-year wait and she's coming with something different on her new album B7. Now that the set has finally been released to the masses, we predict that many will gravitate to "Borderline" (which, fun fact, was actually going to be the lead single over "Baby Mama" at one point). She's giving fans even more reason to dig into the song by choosing it as the second visual to be released from the album.

Brandy once again teams with director Derek Blanks and creative director Frank Gatson Jr. for the video, which mines the song's themes for its concept. The song itself is about how love can sometimes seem to push us past the brink of sanity. She warns the lover of her potentially manic ways, singing, "Never ever cheat, never lie to me / I’m the most jealous girl in the whole wide world / Don't you ever hurt me, I’ll change on you."

She goes literal in the visual as she plays a woman committed to an asylum and locked into a padded room. Lost in a daze, she recounts what led her there while offering tears and blank stares. These intense scenes are juxtaposed with the singer dressed in regal white while performing the track in an empty room. Both scenes seem to represent the loneliness and paranoia falling in love with the wrong person can bring. It's also worth noting that the singer isn't making fun of mental illness here, with her even adding a message for those dealing with mental health issues that includes information to contact the National Alliance on Mental Illness.

Brandy doesn't seem to be playing around when it comes B7. We hope that means we'll get a few more inspired visuals like this one.


TAGS:  brandy, derek blanks, Frank Gatson Jr.
Previous: D-Nice, Teedra Moses & Salaam Remi Celebrate Us With A Dose Of ‘Black Love’ Next: Ledisi & PJ Morton’s ‘Anything For You’ Duet Is Everything