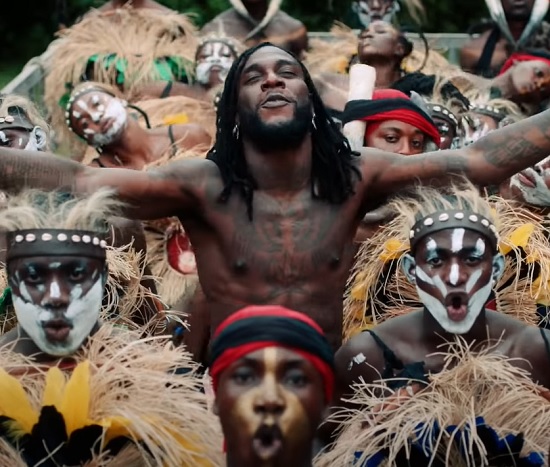 Burna Boy has seen his star rise considerably since the release of his fourth album African Giant. Not only did the set garner him international acclaim, but it also brought him GRAMMY nominations and a host of opportunities (including a choice spot on Beyoncé's The Gift project). The Nigerian artist isn't stopping to bask in his accolades, though, as he's readying the release of his new album Twice As Tall. He's also offering us a taste of what's to come with the video for single "Wonderful."

"Wonderful" is a bright, cheery dancehall tune full of buoyant instrumentals and a hip-winding groove. Burna Boy keeps that vibe with his happy lyrics served with a smile that you can feel through the speakers. In the song's video, he takes us back to the Motherland. The clip finds the star waking up among a tribe who have discovered him on their land. What seems to start off tense turns out to be joyous as he joins them in celebrations as they burst in synchronized dance.

Twice As Tall is on track to be released later this summer, though a precise date hasn't been given. However, you can pick up a copy of "Wonderful" here and peep the song's video below (and we dare you not to smile as big as Burna Boy does when you press play).