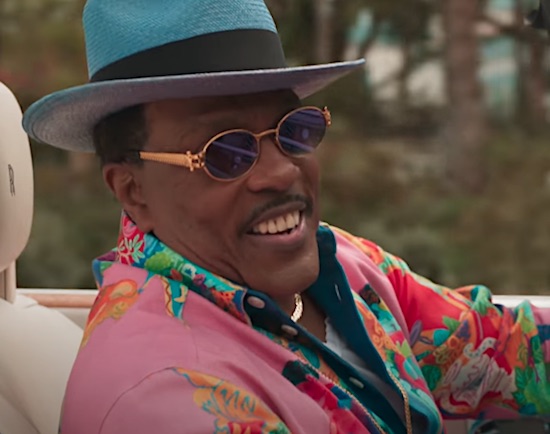 “Ain’t No Woman Like The One I Got” is a classic soul music record. Originally recorded by soft rock trio Hamilton, Joe Frank & Reynolds in 1972, the Four Tops famously re-recorded the track a year later, turning it into the timeless ballad we know today. Now our favorite play uncle, the legendary Charlie Wilson, borrows from the classic tune for his latest single "One I Got." Wilson interpolates the catchy chorus from the original to give us a modern spin, but one thing remains the same – the message that there's nothing better than a good woman.

“You can have mansions and Phantoms, but ain't no woman like the one I got / You can have Rollies and trophies, but ain’t no woman like the one I got,” Uncle Charlie brags on his bae on the song's chorus. He delivers his ode to the perfect woman over a melody of synths and percussion. There are also his signature harmonies, ad-libs and an "Oooh wee" here and "Oooh yeah" there that add some much-appreciated flavor to the track.

Along with the song, Wilson has also shared a music video directed by Dale Resteghini. In the clip, Charlie is planning to show his leading lady just how much he cares for her by going on a shopping spree. We also get a few scenes of Unc giving us a little two-step action, letting you know he’s still got it, too. Meanwhile, his boo is at home enjoying some self-care and chill time around the mansion. After a relaxing drive down the Pacific Coast Highway in his Rolls Royce, Charlie shows up at the door, dapper as ever in his best Easter brunch outfit, with shopping bags and a huge teddy bear, much to his woman's delight.

While the coronavirus pandemic might have canceled most of our summer plans, ongoing police brutality and racism against Black Americans has us taking it to the streets in protest and "Karens" are losing their minds and marbles, Uncle Charlie Wilson's "One I Got" is bringing some much-needed sunshine and Black Joy to our playlists and lives.


TAGS:  audio, charlie wilson, dale resteghini, hamilton joe frank & reynolds, The Four Tops
Previous: Lord Finesse Brings The Past To Our Present With ‘Motown State Of Mind’ Next: SoulBounce Exclusive: Allow Saxappeal To Jazz Up Your Day With ‘The Song That’s Called…’