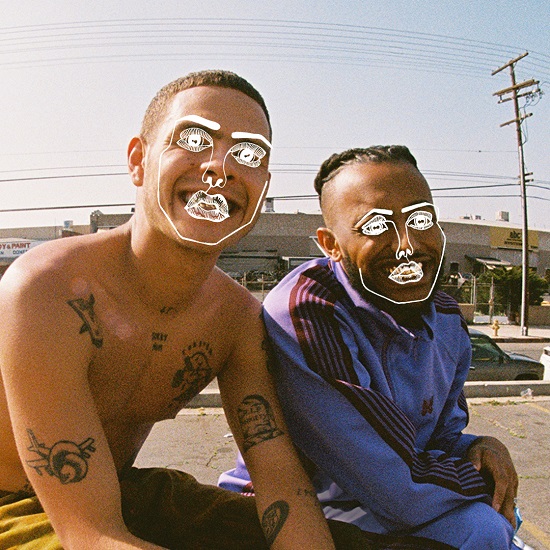 With 2020 going the way it is, we need a new kind of energy to switch up the vibes. Enter brotherly electronic duo Disclosure. The pair has been bubbling around the edges of the culture since the 2015 release of their sophomore set Caracal, including their own EPs and work with artists like Khalid and Chloe x Halle, and now they're finally ready to give us a proper third album of smoking hot electronic music with their upcoming set ENERGY. The duo looks to change things up this go 'round by diversifying their collaborators and incorporating hip-hop influences, as evidenced by their new single "My High" featuring rappers Aminé and slowthai.

The track maintains the kinetic energy that the Lawrence brothers consistently bring to the table, with hi-hats sounding off next to sick drums and wobbly synth instruments. However, the addition of the two rappers brings an altogether new feel. That's partly due to their ability to match their words to the beat's breakneck pace, with each syllable landing in time with the hit of the snare, causing things to veer into welcome "hip-house" territory that's so rarely mined these days.

The vibe gets even trippier in the song's video, which documents perhaps the worst day ever for a man involved in an accident. He's initially rushed into the hospital on a stretcher for care. However, soon after an orderly takes a spliff break, he's literally pushed into chaos as he's abducted by various groups of people — including Amine and slowthai — who use him for their own strange purposes. It's a crazy and exhilarating journey that keeps you guessing as to where he might be going next. After all the excitement finally dies down, he gets up from the stretcher only for fate to deal him yet another cruel blow.

"We always wanted to work with rappers, we just didn’t know any and we had no means of contacting them… there aren’t a lot of rappers in Reigate," Disclosure said in a press release. "Writing 'My High' with Aminé was a lot a fun, he’s hilarious and may as well be a comedian. He writes so quickly and it’s amazing to watch. He brought so much energy to this already very energetic tune that when we got home to London in January, there was only one guy capable of matching it… slowthai."

Hip-hop will be well represented on ENERGY as Mick Jenkins, Channel Tres, Blick Bassy and rap vet Common are all set to appear. There's more to the set, though, as a who's who of others — Kelis, Fatoumata Diowara, Kehlani, Syd and Eric Thomas — will also pair their talents with the duo's unique take on electronic music. You can pre-order the project right now and look for the album to arrive on August 28th. Get into "My High" and its video, the title track and the album's official tracklist below.