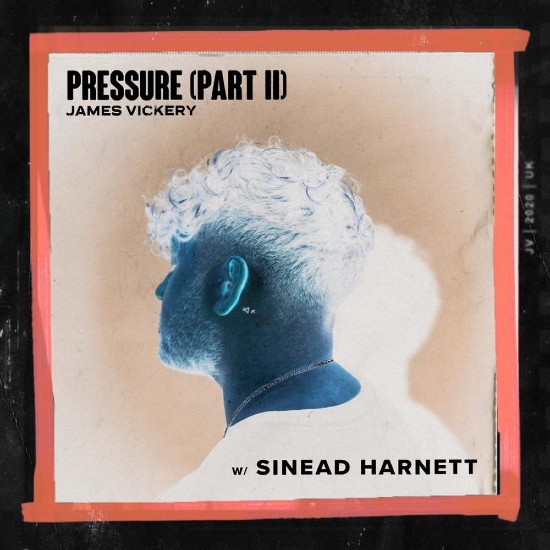 As he gears up for the release of the follow-up to his stellar EP Overture, singer James Vickery joins fellow UK star Sinead Harnett for a rework of "Pressure," one of the project’s standout tracks. On “Pressure (Part II),” Sinead offers her side of the troubled relationship. While the dreamy, SG Lewis-produced track itself is kept the same, the addition of the feminine perspective creates yet another layer to a seemingly complex relationship.

Vickery’s latest release follows his LIVE From London video series and serves as the lead single from his upcoming Overture – The Reworks project. Rather than pursue a predictable route for remixing, the South London native instead choose to tap into his surroundings for other talented singers. He says, “I wanted to do something completely different instead of just putting out typical remixes for Overture. I’m a singer through and through, therefore I thought it would be so much more exciting for my fans, to collaborate with amazing vocalists for these reworks.” His quickly growing fan base will be happy to learn that the new project will include three reinterpretations of tracks from the original EP. It seems James is equally as thrilled, as he states, “I’m so excited about the artists that we’ve got on board for this project and can’t wait for everyone to hear how we’ve re-imagined the tracks!”

Listen to James Vickery’s “Pressure (Part II)” featuring Sinead Harnett below, and be sure to add the track to your collection from your preferred digital platform.