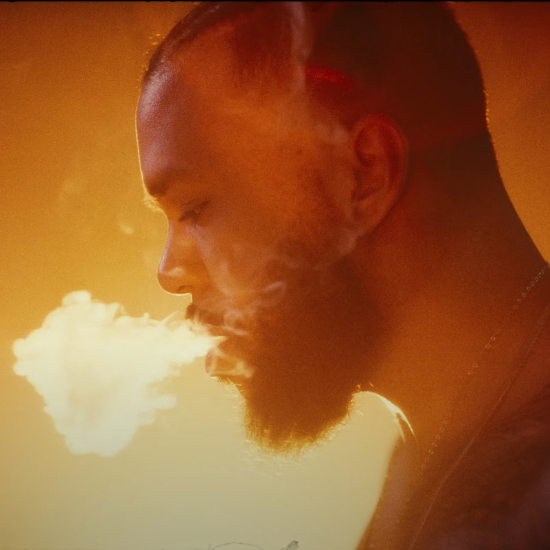 Africa’s favorite son Jidenna is back with a new track to entertain and inspire us. And this time, he’s brought some friends from across the world along with him.

“Black Magic Hour” is the first single from his compilation project, African On All Sides, which is slated to drop later this year. The album and an accompanying documentary will spotlight artists across the diaspora, showing how the different genres of Black music blend together harmoniously. The artist shared his inspiration behind the track in a press release, stating, “I think in these times the song becomes important because what I'm really speaking to is centralizing our power in a way that we channel our economic worth and we channel our spiritual worth into our lifestyle. I don't believe that we can have the economic progress that we need to empower communities without spiritual progression."

The “black magic” that Jidenna speaks of in "Black Magic Hour" isn’t the voodoo of the dark continent as defined by Joseph Conrad, but rather the way that people of the diaspora are able to move, survive and thrive in the face of colonists. “They called it 'black magic' when they baffled by the physics / Smart n***as are the white man’s villain,” he says in the opening stanza. He also shares anecdotes of his own survival as a man, referencing stories from his past.

Along with the track, Jidenna also shared a dramatic visual directed by Wesley Walker and Sam Pressman. Inspired by African Voodoo practices, Jidenna takes a spiritual journey after engaging in a tribal ritual. Calling on the power of his ancestors, he is imbued with their power and energy, possibly a metaphor for how the people who came before us have imparted lessons and wealth that is passed through generations. As he's floats suspended in the air surrounded by fire, Jidenna gives us a taste of black magic and a man fully accepting his heritage.

African On All Sides will feature a bevy of African artists, including Psycho YP, Nasty C and Lord Afrixana, who wrote “Water” and “Don’t Jealous Me” for Beyoncé’s Lion King: The Gift. The project will be Jidenna’s first release since his sophomore album 85 to Africa, which came out last year.