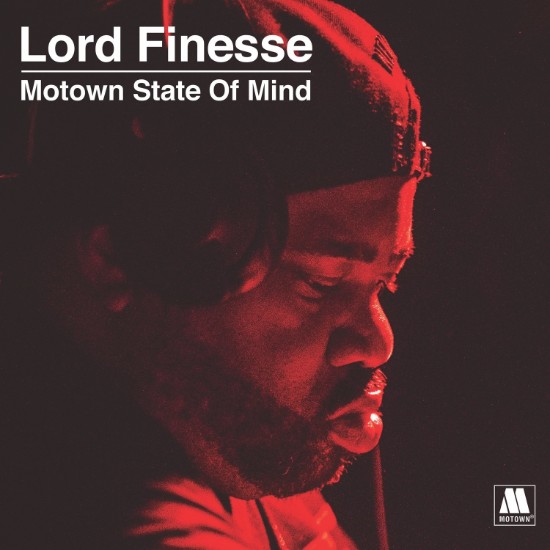 As the pandemic continues to put the kibosh on life as we knew it, many of us have had an overwhelming urge to wax nostalgic – an effect that has trickled over to our playlists as well. Don't get us wrong, the new music that has dropped over the past few months has been Bounce-Worthy indeed. But throwback tunes offer us an element of escapism that can't quite be measured. Perhaps that's why we can't get enough of Lord Finesse's latest project, Motown State Of Mind.

The album came about after a chance encounter with Universal Music exec, Andre Torres. Upon hearing Finesse spin his mixes at an event, Torres approached the Diggin’ In The Crates (D.I.T.C.) co-founder with the idea of turning his passion for soul into a finished product. Once the appropriate clearances were obtained, the powers that be sent him a list of about 14 songs to choose from. After hearing the final set, there's no doubt in our minds that the legendary DJ chose wisely.

Not surprisingly, the 7-track collection begins and ends with 'The King' Michael Jackson (in his younger days, of course, since this is all about Motown). Opener "I Wanna Be Where You Are" gets The Underboss treatment, complete with hip-hop beats and jazzy Rhodes. He closes the set with the infectious "Tribute Medley" that pays homage to both Michael and the Jackson 5. Oddly, the song's full title references Jackson 5 songs "I Want You Back/ABC/The Love You Save.” Yet the actual songs used are Michael Jackson's "We're Almost There," "We've Got A Good Thing Going" and Jackson 5's "Darling Dear." Mystery aside, it's definitely a highlight of the incredible project.

In between the Jacksons, Finesse shows love to a few of our favorite Motown tunes. For soul icon Marvin Gaye, he quickens the tempo and adds some bounce to "I Want You" without sacrificing any of the sensuality. Another musical family gets the spotlight for the next two tracks as he revisits classic slow jams: DeBarge's "I Like It" (with an assist from Dinky Bingham) and Switch's "There'll Never Be." Tall Black Guy gets in on the fun for a groovy update of "Body Talk." Afterward, Davel "Bo" McKenzie lends a hand to a lesser-known classic, Sisters Love's "Now Is The Time." The original was produced by soul legend Willie Hutch and appeared in the movie The Mack but was never officially released.

Lord Finesse thinks Motown State Of Mind is one of his best projects to date, and we have to agree. He also states that it's "perfect for the climate we’re in right now. Whatever you’re going through, this music will distract you in a great way. You’ll sit there, vibe out, have a drink, and take your mind off COVID-19 and protests for a second. I’m not trying to make you forget; this is something to help you heal.”

The remixes will also be released as a 45 RPM box set on July 24th containing seven 7-inch records on black vinyl. The set will feature the remixed version on Side A and the classic original on Side B. While we keep our fingers crossed that a second volume will soon follow, stream Motown State Of Mind below and download a copy for your summertime playlist.