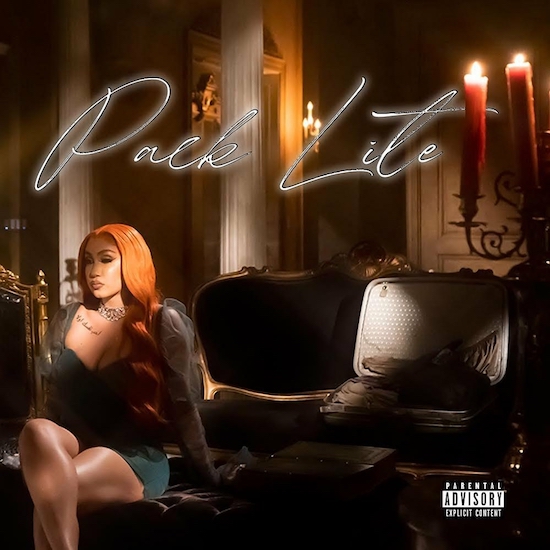 If there’s one thing you can depend on Queen Naija to give you, it’s a good break-up anthem. Coming into the game with the single “Medicine” soon followed by “Karma,” she’s populated playlists with songs to kick an insignificant other to the curb to. For her latest single "Pack Lite," she flips Eryka Badu’s “Bag Lady” (which itself samples Soul Mann & the Brothers' "Bumpy's Lament") into some good advice as she tells her man to pack lite so he has no problems when leaving her place and her life, expeditiously. You might say Naija also borrows a lesson from another Badu classic “Tyrone,” telling her man that if he keeps trying her, he’s going to need to pack lite or phone a friend to help him get his s**t.

Against the familiar thumping guitar lick, Queen Naija reads her soon-to-be-ex the riot act. “You can go head puff up your chest, but it bet not go no further,” she warns, should he feel like getting froggy. Instead of her usual powerhouse vocals, Naija uses an almost rap-like, sing-song flow to deliver her heated emotions. But, despite her protests, Naija keeps it real in the closing line of the track when she admits, “You probably gon’ be right back tomorrow / Might as well pack lite.”

“Pack Lite” is the latest single from Queen Naijja’s upcoming debut album, M.E. (Mixed Emotions). It follows single “Butterflies Pt. 2” featuring Wale and “Good Morning Text.” There’s no info on when the album is dropping, but when we know, you’ll know.