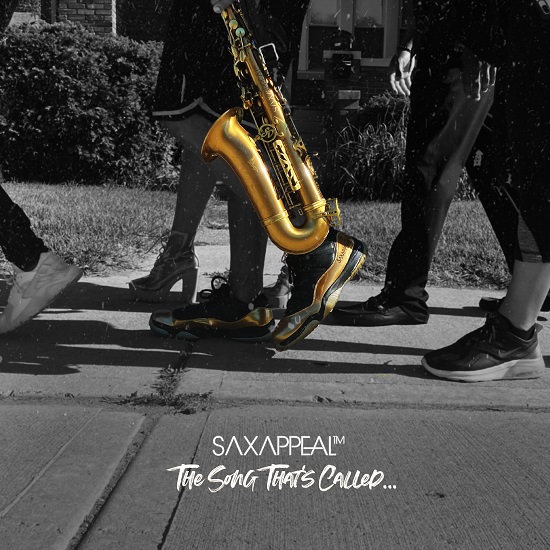 Ask your favorite artists and they'll tell you that they are nothing without the musicians that support them. LaDarrel "Saxappeal" Johnson has been that musical support for a number of artists, including playing with legends such as Charlie Wilson and even co-founding the band Collective Peace (who inadvertently gave us our own theme song a few years back). The talented musician is stepping into his own now and he's letting us in on the journey with the premiere of his single "The Song That's Called..." ahead of his upcoming album.

Saxappeal describes "The Song That's Called..." (if you were looking for more to the title, there isn't any) as "a feel-good song, mixed with flavors of jazz, soul, funk and hip-hop." Upon first listen, we're sure you'll agree. Though definitely jazzy in its approach, the track comes out swinging with hard-hitting drums that will cause an immediate head nod if you're not careful. Once he's got you open, he throws a few musical curve balls your way as the song flits in and out of the aforementioned genres nimbly. The constant, of course, is the saxophone. Saxappeal delivers dreamy lines and harmonies along the way and even offers an old-school muted solo midway through to show off his chops. It's safe to say that the man is true to this, not new to this.

"The Song That's Called..." will be featured on Saxappeal's new album Black Gold. He didn't clue us in as to when exactly we could expect its arrival but he did let us know that a date would be announced soon. While we patiently wait to hear more, you can get a jazzy earful from Saxappeal when you press play below. After you're done, we highly recommend you pick up your own copy of the joint and follow Saxappeal on Instagram, Facebook and his website.


TAGS:  audio, Collective Peace, LaDarrel Johnson, Saxappeal
Previous: Charlie Wilson Sings The Praises Of His Good Woman In ‘One I Got’ Next: Ralph Tresvant Gets An Assist From Johnny Gill & Showers His Lady With Love On ‘All Mine’