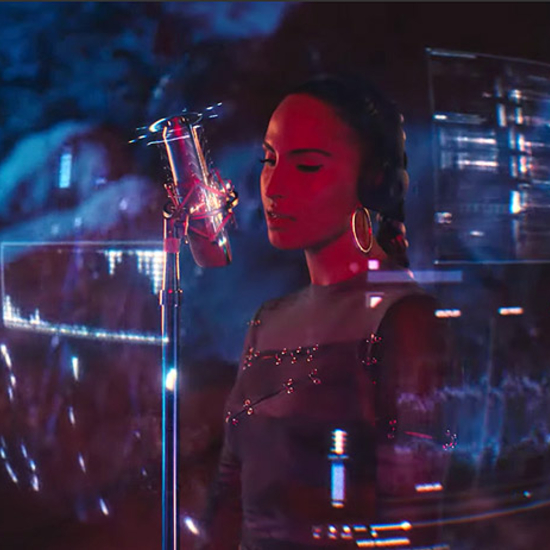 When we learned that Snoh Aalegra was releasing new music this week, we were taken a bit by surprise. We’re still jamming to her sophomore project, the critically-acclaimed Ugh, those feels again, after all, but with her sold-out tour canceled due to the coronavirus pandemic, we’re not mad that she found time to hit the studio and give us a new slow jam to help us pass the time. And when it sounds as good as “DYING 4 YOUR LOVE,” well, we’ve got no complaints.

Produced by P2J and penned by Ari PenSmith, “DYING 4 YOUR LOVE” is a seductive ballad about trying to reconnect with a past lover. Snoh is lovesick, and she makes heartache sound so good. “Tell me how am I supposed to go ahead and just erase / Every feeling, every memory we shared,” she coos over a smooth, soothing production composed of keys, bass and drums.

Along with the new track, Snoh also released a stunning, futuristic video. The visual oddly enough starts with Snoh using a two-way pager to type a message to her old flame, possibly indicating that she’s still stuck in the past while living in the future — a future without her boo. The clip is filled with dark spacey backgrounds with neon-lit elements. Throughout the clip, Aalegra watches as comets race across the night sky, records in a virtual sound booth, wears a few sparkly jumpsuits and performs a digitized dance routine with a few masked dancers. She may have filmed this during this pandemic, but it's far from a homemade quarantine video.

Earlier this year, Snoh Aalegra told BET she’s working on a new album to be released later this year. With the release of this new single, we’re hoping to get our hands on Snoh’s next project sooner rather than later.