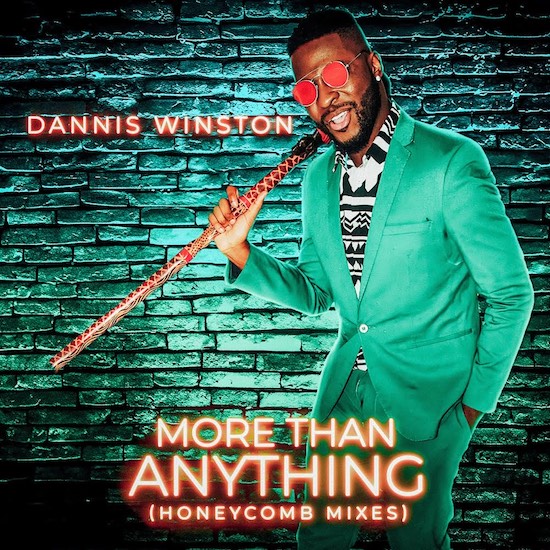 With everything going on in the world today, it's understandable that morale and esteem might be a bit low right now. Singer, musician, composer and bandleader Dannis Winston teams up with musician/producer Josh Milan to offer up some soulful encouragement with their latest single, "More Than Anything (Honeycomb Mixes)," and we are debuting it in a SoulBounce exclusive world premiere.

Though it seems like Winston's singing directly to one particular person, the song's lyrics can easily be flipped into the feel-good pep talk we could all likely use right now. "You can be more than anything / (Be) more than you can dream," he sings in the catchy hook. From the song's opening seconds, it's evident that listeners are about to embark on a soul-stirring journey as Winston dives right in his powerful vocals. While he is a classically-trained singer, here he delivers straight gospel, further accentuated by choral backing vocals that effortlessly ride the wave created by Milan's funky bassline.

Clocking in at over nine minutes, the song's "Honeycomb Vocal Mix" provides listeners with the perfect chance to dance like no one's watching while letting the song's affirming vibes sprinkle a little positivity around. According to Winston, that was exactly the goal with releasing the song and bringing it to the masses. "During this time it's important that we keep dancing, keep believing in ourselves to effect change, and keep finding our joy!" he shared recently.

It'll be hard for anybody to resist the urge to get up and do just that, especially around the midway point when things really shift into high gear. Milan takes it up a few notches as he takes it straight to church as the breakdown transitions into a handclapping, full-bodied musical experience only deepened by Winston's soaring voice. While it may not be able to change the reality of the world right now, Winston and Milan unite to remind us that the right song can help suspend reality if only for a little bit.

"More Than Anything" is currently available for free digital streaming and download on Bandcamp.