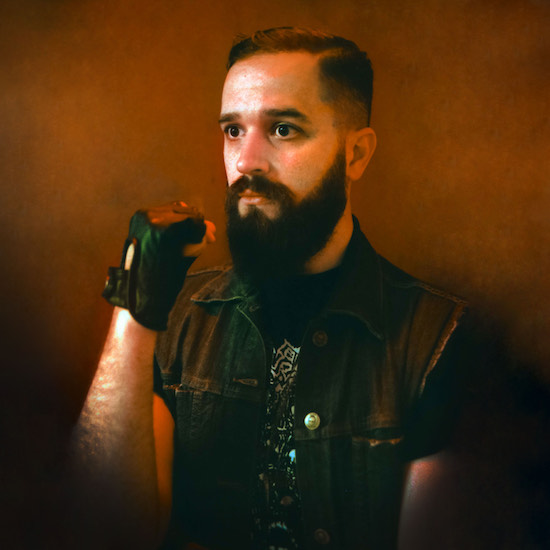 Fans of the NBC competition Songland are undoubtedly familiar with singer-songwriter Fatherdude. The multi-talented became a fan favorite when he pitched his song "Billions" to R&B star Usher. Ursh, unfortunately, didn't go for the song in the end but it did give Fatherdude quite the following. Now he's capitalizing on that fact with the upcoming release of double single Attention Please. The single will feature original track "Your Eyes Only" and an ambitious cover of Bobby Caldwell's 1980 stunner "Open Your Eyes," the latter of which SoulBounce is happy to exclusively premiere for your listening pleasure.

Taking on a track like "Open Your Eyes," which is a classic and most notably known as the soulful sample behind Common's "The Light," is not an easy task. Luckily, Fatherdude has the musical mastery of production duo Brasstracks backing him on the cover. They offer him a backdrop that closely follows the warm, loving sound of the original with keys and horn flourishes. They also coat the track in a modern sheen with added elements like finger snaps and record scratches to make things lively. Fatherdude, meanwhile, offers a top-notch vocal that is as bright and sunny as Caldwell's on the original. Whether he is singing in a full tenor or easily springing into his falsetto, Fatherdude gives us his own version of soul with every note.

"'Open Your Eyes' is a classic cover that evokes that '70s warmth in sonics and songwriting," Fatherdude said about the single. "It’s been a childhood favorite that we have been playing at shows for quite some time now. Based on the reaction, we had to release it officially."

The double single Attention Please will arrive tomorrow (July 22nd), but you can get your exclusive first listen to "Open Your Eyes" right here. To continue keeping up with Fatherdude and what he's got coming up on the horizon, we recommend keeping an eye out for him on his website, Facebook, Twitter and Instagram.