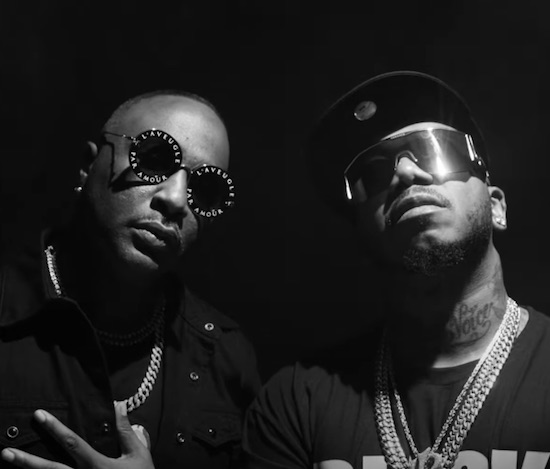 Legendary '90s R&B group 112 has a strong legacy of hits, with more than 25 million records sold and countless fans around the world. And that legacy continues with members Slim and Michael Keith keeping the party going. As they prepare to release their new EP 112 FOREVER, they’ve released a new single that makes us wish we were back in the '90s.

“For Us” mines 112’s Bad Boy Records history to give us a R&B track with a hip-hop twist. This time around, they sample Craig Mack’s “Flava In Ya Ear,” the track that kicked off the Bad Boy era in the first place. On the track, the fellas are hoping that with time, patience and a fight, they can work things out with the one they love. As usual, Slim’s voice dominates the track while Mike plays the background on the chorus and ad-libs.

The video for “For Us” also low-key pays tribute to Craig Mack, with a wink to his classic “Flava In Ya Ear (Remix)" video. In the black and white visual, Slim, Mike, some dancers and their kids bust a move against a white background. The guys also use the video to make a statement about Black Lives Matter, with the Mike and the kids in the clip wearing pro-Black t-shirts.

“We’re in a period where everyone gives up. Right now, we need everyone to stick together and continue this fight,” 112 shared with The Source. “If we’re going to do this thing, everybody’s got to be involved and it’s got to be ‘For Us’. We’re not politicians, we’re musicians, and this is our way of taking a stand.”

Slim and Mike will finally share 112 FOREVER with the world on Friday, August 28th.