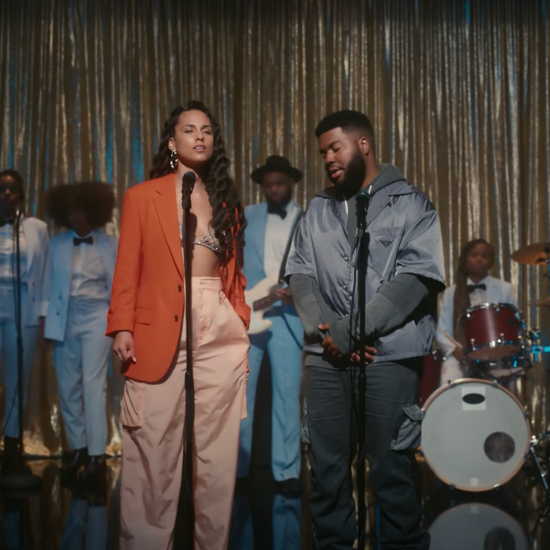 For the last few years, Alicia Keys’ music has undergone a shift. While she’ll still hit you with a love song or two, she’s been more focused on songs that deliver a message of hope, healing and protest. Her latest single, “So Done” featuring Khalid, is an intoxicating self-love anthem that meets somewhere in the middle with incredible results.

“I’m so excited to share ‘So Done’ with the world. We call it a trance! The energy is inescapable! Collaborating with Khalid on this one was very special,” Keys shared in a statement.“This song is about being done with changing yourself for the sake of others and letting go of anyone else’s ideas of how your life should look.”

Produced by Ludwig Göransson, known for his work with Childish Gambino and scoring the Black Panther soundtrack, “So Done” is a sparse guitar-led ballad that lets Alicia and Khalid’s voices shine. They sing with smooth confidence, “I’m living the way that I want.” Over the tranquil groove, the duet partners harmonize beautifully, as their contrasting sounds complement each other and live up to the “trance” that she so proudly opined.

In addition to the new track, they have also blessed us with an arresting video. The duet partners are singers at a school prom where teens are living their best lives, dancing, taking selfies and doing the most. But, for as many juniors and seniors are dancing and partying their little hearts out, there’s one girl, played by actress Sasha Lane, who feels lost amidst the frenzy of misbegotten youth. That is, until her tribe arrives and crashes the party, literally. The crew comes through on dirt bikes and wreaks havoc across the gymnasium. And, in the midst of all the mayhem, Sasha finally sees herself. Taking a leather jacket from one of the biker boys, she jumps on one of the bikes with another girl and rides off into the moonlight.

“So Done” is the latest listen from Alicia Keys’ forthcoming album, ALICIA, following previously released singles "Show Me Love," which has recently been certified Gold by the RIAA, and "Perfect Way To Die."