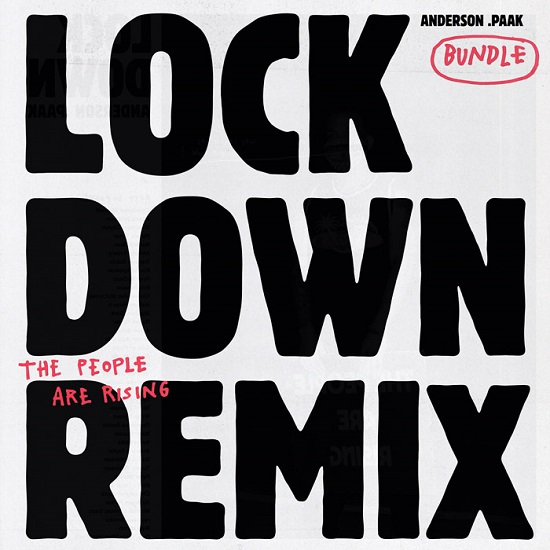 Artists everywhere are fueling the fires of revolution as the country faces a real reckoning over its treatment of oppressed people — especially in regard to the police brutality that so frequently targets Black people and communities. A couple months back, Anderson .Paak offered up his salvo with the release of his single "Lockdown." He now continues that charge with a recently released remix bundle for the track. While several versions of the track appear in the bundle, the most noteworthy is a version of the track that allows rappers JID, Noname and Jay Rock to add their voices and viewpoints to the struggle.

Just as with the original, the remix starts with Anderson singing the tune's catchy and meaningful chorus about a peaceful protest that devolved into a riot after the police got involved. Instead of Andy's own verses though, each verse is picked up by one of the featured guests. JID goes first as he makes a case for reparations, rhyming, "Reparations, though, we tryna get even / Just run the paper, maybe then we can start the conversation / Common ground, prison compounds full of my f**kin' people / How you still sleepin'?" Noname meanwhile evokes the haunting imagery of "Strange Fruit," Trayvon Martin and Assata Shakur while calling out America's hypocritical and contradictory ways when it comes to the treatment of Blacks. Jay Rock ends finishes things up with a redux of his verse from the song's video. He does, however, tack some added fire on the end to speak to the paranoia over the forthcoming COVID-19 vaccines and the inevitable next wave of quarantine that will happen as the US continues to fail at providing a strategy against the disease.

The "Lockdown" remix bundle also features a radio edit, instrumental and acapella versions of the song and, graciously, the version of the song used for the video that includes Jay Rock's verse. As the turmoil continues in our country, we think these wise words from Anderson .Paak and friends will only continue to be more timely. Check out the remix as well as the remix bundle's stream below.