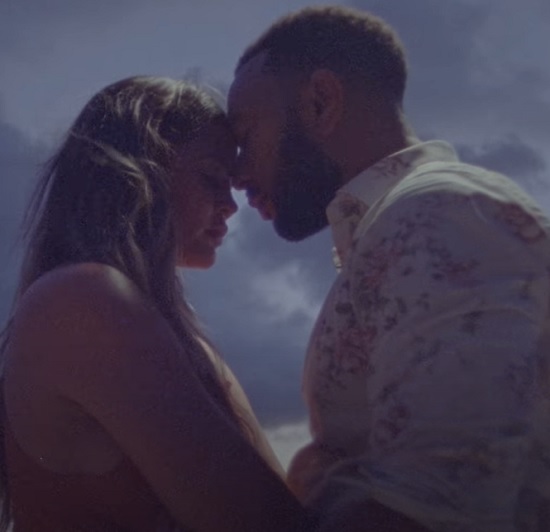 This pandemic has a lot of us reevaluating the most important things to us, including just how important family and our relationships are. John Legend, who recently dropped his latest album Bigger Love, is no exception to this. In fact, he and his wife, Chrissy Teigen, have announced that they're expanding their family to a quintet as they're expecting another bundle of joy. The couple also show off their dynamic in "Wild," the latest video to be lifted from Bigger Love.

"Wild" was already a thrilling ballad about loving with abandon, made all the more exhilarating thanks to some guitar work from none other than GRAMMY winner Gary Clark Jr. The video adds to that feeling, though, as the Legends take to the beach for a bit of R&R. The clip shows the couple boo'd up while enjoying sun and fun at a beach house. The two get pretty up close and personal (as they've been known to do) in the clip. There's a lot of kissing, hugging, loving and squeezing going on between them. But the clip doesn't just focus on the good times. We also see moments of tension and discord because that's just real life. The two do eventually make up and we get a shot of their adorable family and even a sneak peek at Chrissy's baby bump before the camera cuts to black.

Outside of adding to his family, John Legend is also having a banner professional year as well. Bigger Love is faring well on the charts and he was recently named Variety's Music Mogul of the Year. Looks like things can only get bigger and better for the EGOT. Check out the video for "Wild" when you press play below.