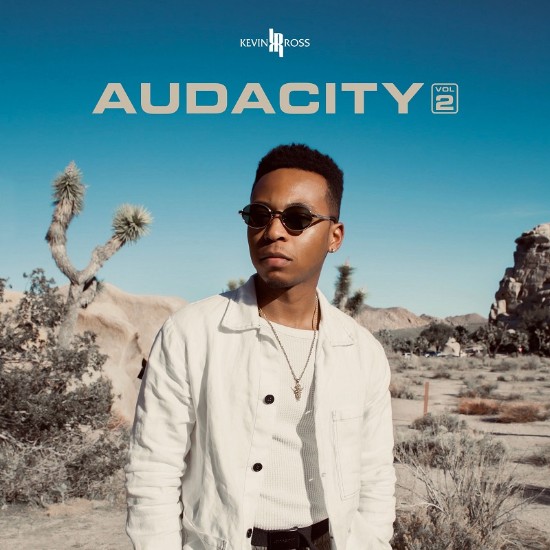 Since striking out on his own as an independent artist, Kevin Ross has exercised his freedom to release the kind of music he wants to, at the pace of his choosing. In fact, he's been dropping new music all throughout 2020. He kicked off the new year with his indie premiere Audacity, Vol. 1, followed by a handful of cover songs during the height of the pandemic. Now he's back with the second installment of his debut project, appropriately titled Audacity, Vol. 2.

As he did on Vol.1, Mr. Ross uses the album's seven tracks to talk about love and relationships. "God Is A Genius" sets the tone as a lovely ode to his woman. He follows the romantic tribute with "I Do/Options," a mid-tempo ballad that continues his profession of love before suddenly morphing into a trap tune praising (or casting shade, depending on your interpretation) the fact that his lady knows she has plenty of options out there. After issuing a not-so-subtle admonition on "Remind You," he admits his insecurities on "Overthinking."

Although Jeff Buckley cover "Everybody Here Wants You" would've fit nicely with his "Interim Series" singles, the vocal interplay between Kevin and Canjelae is a highlight of the collection. Following the prayer-like interlude "Prey For Me," he closes out the set with another religious-sounding title, "Salvation." By now it's clear that his mind isn't necessarily on things above, but rather his earth angel.

Scroll down to give Audacity, Vol. 2 a spin. Better yet, head to your favorite digital provider and download your copy today.