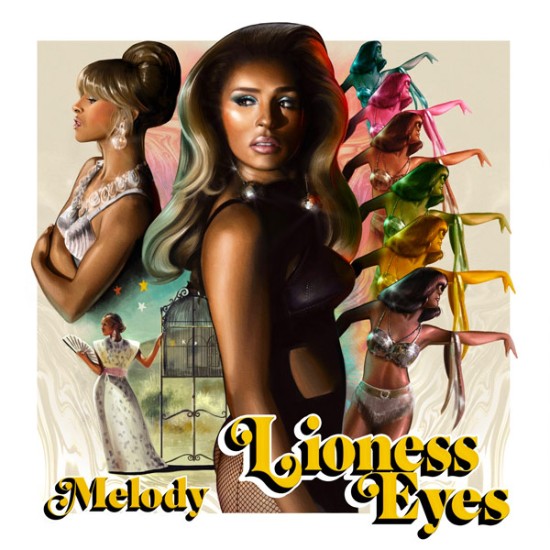 Melody Thornton determined long ago that she'd had her fill of cookie-cutter pop. Not that she doesn't appreciate her time as a member of GRAMMY-nominated ensemble The Pussycat Dolls. She's just focused on a different path now. That's why when the group reunited earlier this year, she was absent from the roster. Instead, she was hard at work on her comeback project Lioness Eyes.

Eight years have elapsed since her 2012 mixtape P.O.Y.B.L., and Ms. Thornton has shown a tremendous amount of growth since then. For starters, she should be applauded for taking charge of her career – having a direct hand in everything from song production to designing/sewing wardrobe pieces plus doing her own hair and makeup. All this, in addition to securing her own funding and coming out-of-pocket for expenses, proves she's an independent artist in every sense of the word.

Inspired by the dramatic sequences and guitar-driven scores of Spaghetti Western films, Lioness Eyes captivates the listener as we're pulled into the narrative of a heroine "going from innocence to experience." Melody revealed a trailer to her musical story with the release of "Love Will Return" late last year. Now, alongside the EP's six other tracks, it makes for a pretty good feature-length soundtrack.

Opener "Pray For Me," is a gorgeous plea for help/guidance with the added bonus of an unexpected bass drop that flips the song on its head. "Goodbye To Happiness" successfully blends doo-wop styles of the past with present-day effects. "Sing About You" stands out as the one track that somewhat strays from the cinematic format, but it's a compelling tune nonetheless. With soaring strings, and heartfelt harmonies, sweeping ballad "I Will Wait" plays like a grand romantic gesture. Title track "Lioness Eyes" fuses thematic elements like Italian-Western guitar, bombastic drums and swooping strings with Melody's flat-out soulful singing. She goes on to deliver a satisfying conclusion to her saga with the uplifting anthem "Phoenix Rise."

The drama continues on screen with two music videos. Thornton makes a bold move for "Phoenix Rise," opting to use the empowering lyrics to shine a light on social injustice with protest footage from the Civil Rights era and the Black Lives Matter movement. For "Love Will Return," the artist goes full '60s glam to lay the groundwork for what promises to be an eye-catching series of visuals. After previewing Lioness Eyes, scroll down to watch the two clips, then keep up with Melody Thornton via her website as she prepares for a special livestream concert at The Hotel Cafe on September 4th.