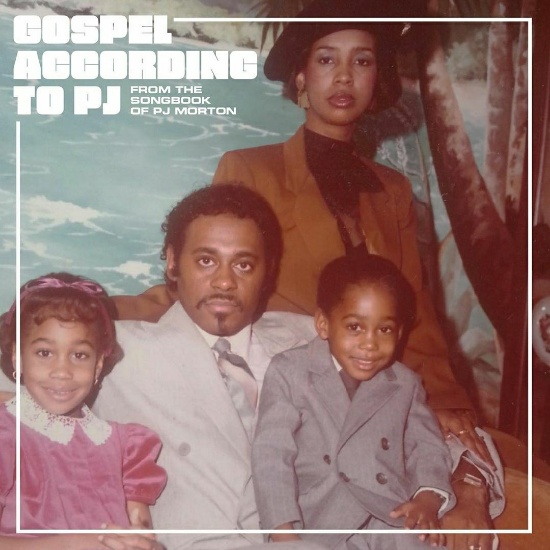 Born the namesake son of a renowned preacher and gospel singer, "church music" is an undeniable part of PJ Morton's DNA. He could have easily chosen a career in gospel music but chose to follow a different path. Some pious saints may have labeled him a "prodigal son" who found success in the secular world. However, as we listen to Gospel According To PJ – a collection of 10 songs that PJ has written (mainly for other artists) over the past decade or so – it's quite evident that God has been using him all along.

It's a known fact that PJ got his start playing for the church services of his father Bishop Paul S. Morton. He's even written and produced music for his father in more recent years. This father-son relationship is critical to who PJ is, not just as a man, but as a songwriter and an artist. Coupled with his faith and love for God, this paternal bond also forms the foundation for GAPJ. Snippets of a phone conversation between the two Pauls provide a common thread woven throughout the fabric of the album. As PJ explains it, the record is deeper than music, "It's a narrative about a father and son, and my father being there for me even though I didn't take the path that people thought I should, and we still got here...me being who I am and me making him proud."

The first song, "Don't Let Go" is lifted from PJ's 2019 album PAUL. The stirring tune is transformed into an altar call as Kim Burrell lifts us heavenward backed by an anointed organ. From there, Morton revisits his work with Trin-i-tee 5:7. First, J. Moss uses his multi-octave range to the glory of God on an update of "Repay You" (originally sung by Trin-i-tee 5:7's Chanelle Haynes for her 2014 solo debut). The lyric "I have so many friends that are no longer here," strikes a chord given the millions who've been affected by COVID-19. Later, the visionary group Commissioned comes through (and makes us wish for another reunion album) with their spin on "Over And Over."

Gospel titan Kirk Franklin, Jermaine Dolly and Lena Byrd Miles add a bit of bounce and swagger to Jonathan McReynolds' hit, "Gotta Have You," before PJ revisits his previous singles, "So In Love" (featuring Darrel "MusiqCity" Walls and Zacardi Cortez) and "All In His Plan" (featuring Le'Andria Johnson and Mary Mary). Legendary group The Clark Sisters shine as their trademark harmonies bless our souls on "Here He Comes Again." The incredible Smokie Norful joins PJ on the powerful medley "God Can/Let Go." The latter song was a major hit for DeWayne Woods in 2006, but it is also very personal as Bishop Morton reveals the reason that his (then) teenaged song was inspired to write the song. The dynamic trio of Tasha Cobbs Leonard, Brian Courtney Wilson and Travis Greene lift a song of praise and thanksgiving on "Never Be The Same," before vocal powerhouse Yolanda Adams helps close the album with "Do You Believe" from 2018's Christmas With PJ Morton.

PJ Morton self-produced most of the album during quarantine, connecting with the artists via video conference and leading remote recording sessions from his home studio. It's not how he originally planned to deliver his first gospel album, but he explains, "I'd like to think it all kind of happened the way that it was supposed to. I feel people need this music that inspires more than ever right now." The Bible says, "For the vision is yet for an appointed time...Though it tarries, wait for it; because it will surely come. It will not tarry." It took almost 20 years, but Gospel According To PJ is right on time. And that's the gospel truth! 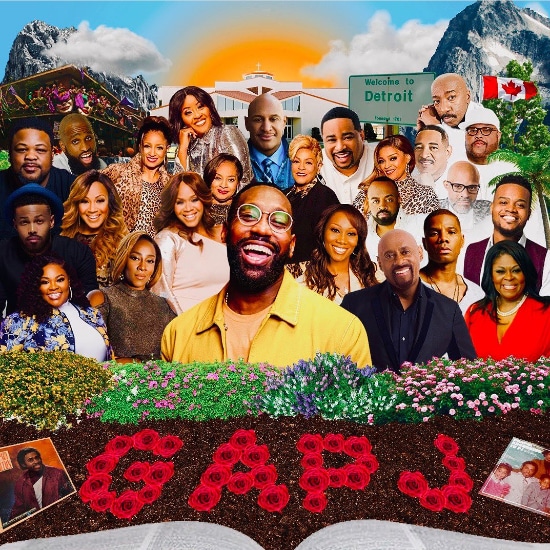