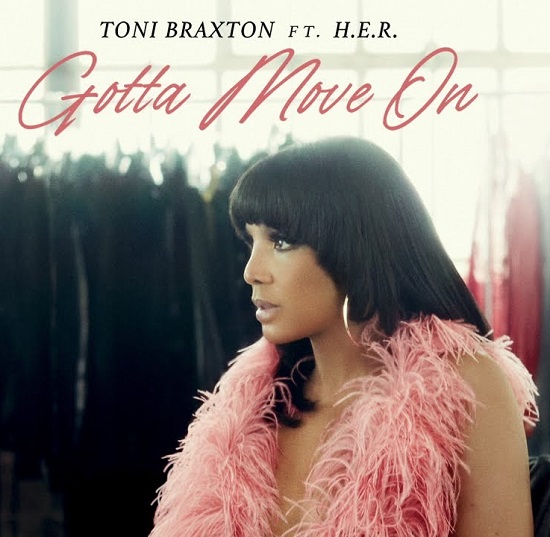 We're in the home stretch of the wait for Spell My Name, the upcoming album from songstress Toni Braxton. The R&B veteran hasn't been stingy with the previews in the lead-up to the album's release — giving us singles "Do It" (and its bumping remix) and "Dance" to wet our whistles while she put on the finishing touches. Now that the album is pretty much here, she's giving us one last tease as she taps H.E.R. to assist on her new single "Gotta Move On."

We've mentioned before that Toni is the heartbreak queen, and she's back in familiar territory for "Gotta Move On." Utilizing some strings, piano and bass line that adds a bit of funk to the affair, Toni details how she's picking up on the signs that it's time to leave a relationship that isn't working. She names big things (his failure to be there when she needs him) and small ones (him never being on time) that all spell out the end. H.E.R., meanwhile, comes through with an assist on the bridge and chorus, mixing her backing vocals with Toni's to add a soft but assertive punch as they sing about what she's got to do.

Toni Braxton is in classic form with "Gotta Move On," and we have a feeling that Spell My Name will be another stellar album from the woman who's been giving us jams to heal our hearts to since the '90s. Give the track a listen right here and make sure you're ready for the new album's arrival this Friday, August 28th.


TAGS:  audio, H.E.R., toni braxton
Previous: D.J. Rogers (1948-2020) Next: Emmavie Celebrates The Anniversary Of Her Debut Album On A ‘High’ Note With A Collection Of ‘Remixes’