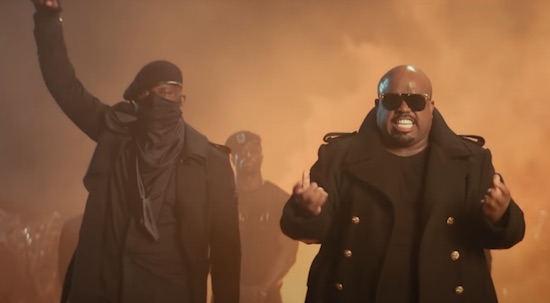 Singer, songwriter, rapper and actor Tyrese joins the many musicians inspired by the civil unrest across the country. Ty has teamed up with CeeLo Green to deliver a song that could only be called “Legendary.” Because, while you can harm Black people, you’ll never destroy our spirit. You can’t stop the movement for we are legendary. And, with the song being released on the 57th anniversary of the historic March on Washington for Civil Rights, the title is quite fitting.

The song starts with Tyrese singing of the horrors of the world and, like many people killed by police brutality, just wanting to go home to his family. After giving you the final details of the situation, the song then goes from a slow-singing, flower-bringing instrumental to a hard-hitting beat as CeeLo jumps on the hook, singing, ”If I die tomorrow, you can take my breath away / If I die tomorrow, I’ll still be legendary.” Tyrese then takes off his cool and turns into his rap alter ego Black-Ty.

Along with the new track, Tyrese has also shared a gripping visual. Directed by Deon Taylor, the short film is entitled 8:46 – representing the length of time that George Floyd suffered a knee on his neck before his death – and it captures both the senseless violence of police and the dauntless spirit of the BLM Movement. The visual starts with a scene of police brutality that has become commonplace in the United States. Black bodies are strewn across the pavement while Tyrese is seen being held on the ground by an officer as eyewitnesses scream and shout. As the music transitions, so does the clip transition to live footage from BLM protests around the country. We then see CeeLo step out in all black during a nighttime scene to delivering the magnetic hook as cars burn in the distance. While the song itself ends at the 5:40 mark, the message is far from over. We see a reenactment of Breonna Taylor’s murder, black-and-white footage from protests around the country and meme-worthy signs before the clip goes full back to the beginning. A member of the crowd breaks free to try to help Tyrese. Meanwhile, a Black female police officer arrives on the scene and starts chastising her fellow officers. Tyrese gets off the ground with the help of the man from the crowd, still choking and grasping for air but alive. After all the trauma and drama in this video, it's the happy end we need.

This is alot. But "Legendary" is very necessary. Pause for a cause and listen to Tyrese and CeeLo then watch their short film below. 100% of the proceeds from “Legendary” will go to support the families of victims of police brutality.