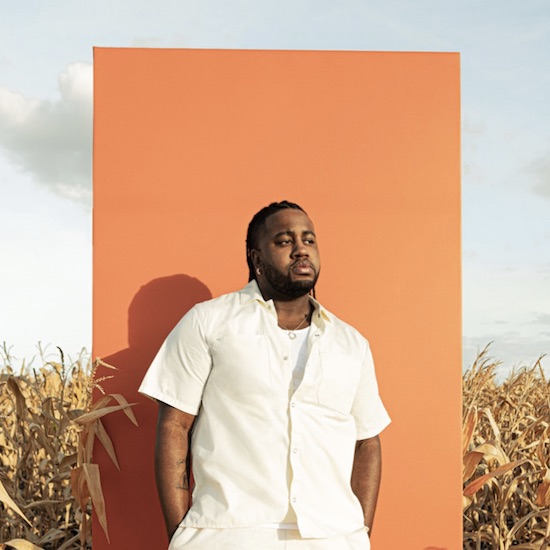 Xavier Omär's feelings about women and his mission to uplift them are a common thread in his music. He continues in this vein on his new single, "So Much More," with a focus on one woman in particular: his wife. The ballad is a loving dedication to his leading lady, whom he married in March 2019. The couple is clearly still in the honeymoon phase, and Xavier is caught up in the rapture of love. "‘So Much More’ is a beautiful expression of me and my wife’s story," the singer-songwriter shared via press release. That beauty is crystal clear as he sings, "Baby, you're so much more / So much more / Than anything I dreamed of / I prayed a thousand prayers / I found someone who cares," on the chorus.

Although Omär is known to work frequently with producer Sango, this time around DJ Camper was behind the boards and he laced the San Antonio native with a romantic soundscape steeped in sentimental '90s R&B. The instrumental takes notes from beloved love songs from groups such as Boyz II Men and All 4 One to create a song that is radio-friendly, playlist-ready and first-dance-as-husband-and-wife appropriate.

Not only do we get to hear Xavier Omär's love for his lady set to music on "So Much More," but we get to see it in action in the song's music video. The visual is a compilation of numerous social media clips of the loving couple. It begins with audience footage from one of his concerts at the very moment when Xavier got on bended knee to propose. From there, we're treated to scenes of the happy pair performing mundane activities, being silly, sharing intimate moments and just being genuinely happy to be together. The video culminates with a few scenes from Xavier and his wife's wedding ceremony and reception that provide the icing on the (wedding) cake.

We don't know about you, but we totally have the warm fuzzies after listening to Xavier Omär's declaration of love and watching his romance play out in "So Much More." We are rooting for his Black Love to continue to flourish – especially if we get more meaningful songs like this in the process.