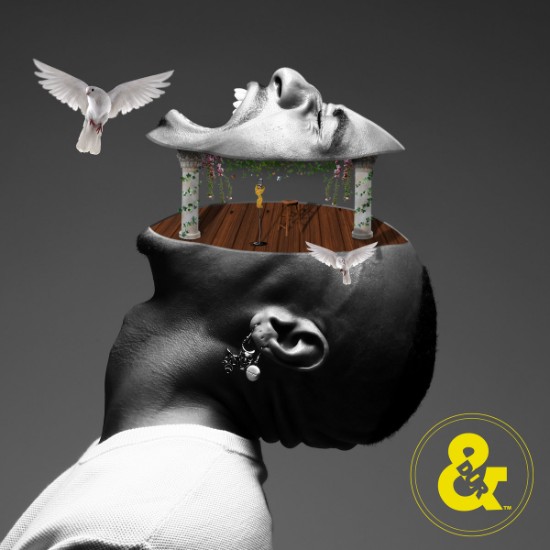 COVID-19 has forced us to find creative ways to celebrate our birthdays. Drive-by gatherings, Zoom parties and socially-distant picnics are the new black. But when you're a musical wizard like Durand Bernarr, ordinary ain't an option. So instead of receiving gifts, he gifted us with his new, cleverly-titled album, Dur&.

On the hilarious opener "Mixxed," the LA-based vocalist not only addresses impatient fans (like us) who've been bugging him for a new album ("N---a, it ain't ready yet!"), it also sets the tone for what we can expect from the 13-track collection: Elastic vocals (his range is ridiculous), sick harmonies (all him), braggadocious bars (yes, he raps, too), pearl-clutching content that's NSFW (or kids) and plenty of laugh-out-loud moments. Get your earbuds/headphones and strap yourself in for an unforgettable listening experience.

Durand's varied influences include Rick James, Erykah Badu, Little Richard, Nate Dogg and (in our opinion) Rahsaan Patterson – echoes of each can be heard and felt throughout the album. That's not to say that the artist lacks originality. Quite the contrary. Part of Bernarr's genius is his shrewd ability to pay homage while offering something that feels entirely fresh. The nimble agility of his voice, the layered arrangements (filled with funk, gospel, soul, jazz and rap), the unapologetic candor, even the surprise interludes between songs (i.e., "Another MF’n Thing" and "Fresh Start") all combine to make Dur& something noteworthy and special.

It's impossible to pick a favorite, but we'd be remiss if we didn't highlight a few special friends who lent their talents to the album. After helping Ari Lennox with her Shea Butter Baby Remix EP, the Dreamville Queen returns the favor in a major way for slow groove "Stuck." Durand was featured on Kaytranada's 2019 album BUBBA, and the Canadian mastermind responds in kind on the flirty and comical tune "Volume." Meanwhile, longtime friend and dream collaborator Anna Wise helps evoke feelings of love and wanderlust on "Passport." "Melody" and "Summons" (with its infectious and witty "Olly Olly Oxen Free" schoolyard taunt) also stand out as bookends of his musical journey to date.

"Over the past two+ years, I've worked with several producers, musicians & artists to orchestrate a body of work that echoes the people and experiences that have inspired and shaped who I am as a musician and a person," Bernarr explains. "This project is the result of a friend [fellow SoulBounce fave Avehre] giving me critiques on what was once my style of arrangements, me receiving the critique and advice plus showing me a way to appeal to the masses while staying true to myself. (See "Melody.") Here I present to you 13 different dimensions of my imagination, my self-titled album, DUR&."

Don't just stream, spread the word and support Durand Bernarr by downloading a copy of the album right now.