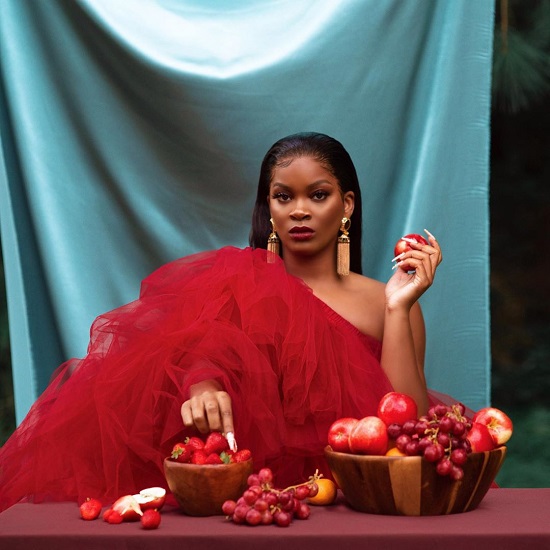 Cuffing season is upon us, friends. While this promises to be a season like no other thanks to COVID-19, that doesn't mean that folks aren't trying to get a little closer with the ones they're quarantined with. One can't cuff without a proper soundtrack, though, and that's where our girl Ari Lennox comes in. After causing a stir with snippets and a live performance of her track "Chocolate Pomegranate" for Genius, the singer has finally released the track in full.

Producer Elite spins a sensuous, slow-burning groove that hums with sexual tension. But it's Ari that sets things on fire as she coos with self-assured verve. She lets it be known that she's in the mood for something sweet and sexy pretty quickly, asking that her man plants a few kisses in special places before she asserts her prowess, singing, "Chocolate pomegranate / Come live in this truth / No one's gonna ride and love like I do." With her impeccable tone and come-hither inflections, it's easy to fall under this siren's seductive spell.

Outside of her appearances on Dreamville's Return Of The Dreamers compilation and her cover of "If You Want Me To Stay" with Anthony Ramos, this is some of the first new music that we're getting from Ari Lennox since Shea Butter Baby. Could this mean a new project is on the way? That remains to be seen. But that doesn't mean that you can't get into this particular groove right here.