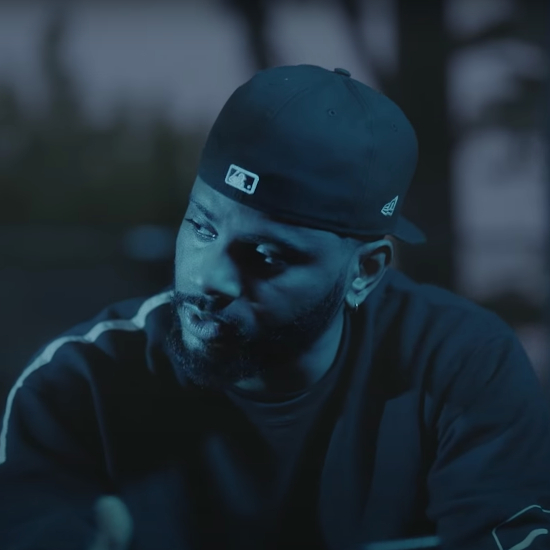 Bryson Tiller, aka Pen Griffey, Jr., is back swinging for the fences and the top of the charts with his new slow jam “Inhale” just in time for cuffing season. While the title might make you think it’s another song using the metaphor of love as a drug, it’s instead about him taking a hit of a blunt and getting high in order to have a complicated discussion with his ex and wanting to reconnect. “Inhale” cleverly samples two tracks from the Waiting To Exhale soundtrack – SWV’s “All Night Long” and Mary J. Blige’s “Not Gon’ Cry.” Producer Dpat makes liberal use of both the original productions and vocals to create a familiar yet fresh sound bed deep in '90s nostalgia.

Bryson isn’t just spitting any old game to woo his girl back. “When you left me, honey, that s**t tore me / F**k bein’ on Forbes, I felt rich when I was yours,” he confides. OK, maybe he’s laying it on a bit thick, but when you combine the infectious groove crafted from two '90s R&B classics, there’s not much he can’t say that wouldn’t make his girl eargasm.

While the song is definitely tailor-made for the bedroom, the video deals with the torrent of emotions Tiller is facing. We see him meet up with his girl in the middle of the night, and it's on and popping as the couple get intimate. It quickly becomes clear that we're watching a flashback scene, however. The scene switches to the present, and Tiller and his now ex have a sit-down conversation about their relationship. The two scenarios are contrasted with passionate pink and somber blue fluorescent lighting. Then things get a little surreal as clocks start melting like a Dali painting and Tiller puts his head in his hands.

Bryson Tiller has even more trap soul where this came from on the way, with the announcement that he’s got a new album on deck for the fall. He's keeping any additional details to himself for the moment, but we look forward to more sonic surprises like this.