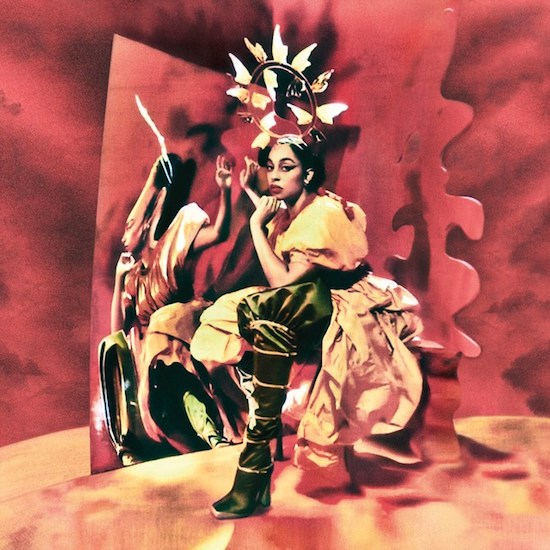 If we are being honest with ourselves, the past few years have been rough for almost everyone on this planet. No doubt, 2020 has been especially hard, with the whole global pandemic and general assault on human rights from some of the most power-hungry individuals to ever crawl onto the world stage. But 2019, 2017 or 2016 weren’t exactly great years either, and we’re not exactly on course to enter some kind of utopia on January 1st of 2021. Still, through it all, you can find millions of people continuing to fight the good fight against overwhelming odds. Artists – in particular musicians – have historically taken leading roles when it comes to inspiring the masses during disheartening times. After providing her listeners a tender bit of encouragement earlier this year with the ballad “I Can See The Change,'' American-born and UK-raised songstress Celeste labors to give us more space to face our feelings of despair with her latest offering.

Cinematically grand and unreservedly poignant, the single “Little Runaway” is the sort of catharsis that so many of us need at this particular moment in history. Working with a gracefully symphonic arrangement from the production team of Tommy Danvers and TMS, Celeste takes stock of the creeping sense of disillusionment that she can feel growing inside her, leaving a numbed sense of apathy in its wake. Singing the heavyhearted lyrics, “Good news, I could use some / One man revolution / Hallelujah! Take me to ya / ‘Cause I’m lost alone again / Hallelujah! Take me to ya / I don’t believe, but I’ll pretend,” it becomes nearly impossible to avoid connecting with the talented singer-songwriter as you find yourself reflecting on your own personal feelings of disappointment – whatever the underlying cause may be. But it’s also nearly impossible to not feel a bit of bittersweet inspiration as Celeste’s bluesy rasp blooms over the sweeping sound bed spiraling all around her. She emotes without the slightest bit of difficulty or exaggeration, and it’s not hard to imagine that she genuinely shed more than a few tears while recording the powerful ballad. Describing the song's theme, she says, “'Little Runaway' is a song about losing your faith, even if just momentarily, and seeking answers from spirits and ghosts as nothing seems to make sense on this planet.”

The Sophie Jones-directed video for "Little Runaway" gives us a table-top view of different people using various distractions to help them run away from their feelings but doesn’t present these views into the lives of others in a judgemental way. It just feels like we are listening to the darker truth that truly lies behind the eyes of all these seemingly “happy” souls in front of us.

In the end, “Little Runaway” is a beautiful rush of emotions that allows feelings of heartache and hope to swirl around and dissolve into one another like wind and smoke. It doesn’t sugarcoat its theme of feeling worn down by the weight of just living, but the beautiful music that accompanies that message is soothing in an almost measurable way. Savor the song and video below while also making sure to set yourself some sort of reminder to check out Celeste's forthcoming debut album Celeste when it’s released on January 15, 2021.