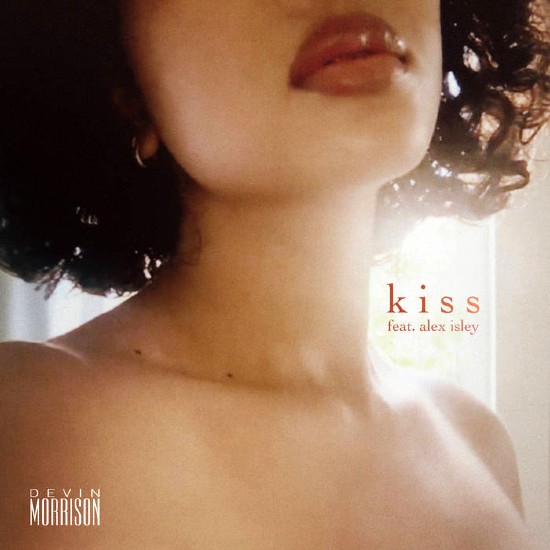 It’s been said that a kiss is worth a thousand words. Something so simple can convey a myriad of emotions and is far more intimate than other, more provocative acts. In the right setting, at the right time and with the right person, a kiss can serve as the star of a steamy, sensual session all on its own. For singer-songwriter Devin Morrison, it seems all three are aligned and he’s about ready to go all in. His latest single “Kiss” features angelic songstress Alex Isley and captures all the anticipation and adrenaline one feels just before locking lips with that someone special. Though, as a gentleman, he asks for permission first, Alex is sweet yet stern in her response as she declares, “Hey, what you waitin' for / I won't hurt you, no / So let me know the time and place / 'Cause I want more.”

Perhaps Devin drew inspiration for this latest release from what most consider to be the most romantic place in the world. During a recent interview on the Ambiance podcast, he revealed that he was in France when he made the track and sent it over to Alex, who quickly laid her vocals. Whereas the pandemic might have stunted the creativity of some artists, he feels it has made him more conscious of time and, to the delight of his fan base, has prompted him to put out more music. Though he is tight-lipped about what’s next, “Kiss” marks his third single this year, following “Casper” and “Lil Lonely” and we’re excited to hear more.

Listen to Devin Morrison’s “Kiss” featuring Alex Isley below, stream it from your preferred digital platform but be sure to show your love by purchasing it via Bandcamp.


TAGS:  Alex Isley, audio, Devin Morrison
Previous: PJ Morton Is Fed Up With Injustice On ‘You Should Be Ashamed’ Next: Gwen Bunn & Faith Evans Go ‘Between The Lines’ For Love