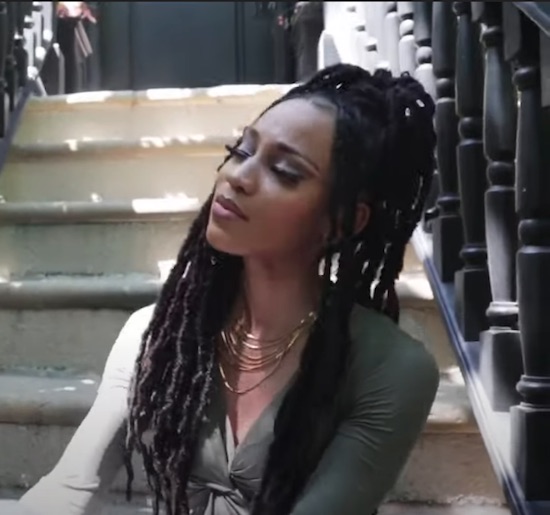 Modern music, regardless of the genre, is too often treated as a disposable form of art. Beneath the sea of songs and albums that seem to flash and fade on a daily basis lies many worthwhile selections that deserve to be held onto tightly and periodically revisited. Lately, a number of artists have taken that idea to heart by celebrating particularly noteworthy anniversaries of past projects. But beyond the celebrations surrounding projects from bigger names in the music industry (see Mary J. Blige & Nas' 2019 The Royalty Tour) are equally compelling "in case you missed it" revisits from talented indie artists (see Eric Roberson's recent Music Fan First World Tour). In that same spirit, independent R&B singer Dondria decided to revisit her 2010 debut album Dondria vs. Phatfffat by releasing a freshly shot video for her bittersweet serenade "Where Did We Go Wrong."

Dondria, who rose to prominence by showcasing her singing talents as a YouTube starlet in 2007, is blessed with a powerful and engaging voice. In 2008, famed record exec Jermaine Dupri took notice of the then-aspiring R&B singer and signed her to his So So Def Records before releasing her 2010 debut. "Where Did We Go Wrong" is a standout offering from that LP, allowing the young vocalist to wade deep into vulnerable waters and arise on new shores with a bittersweet portrait of a strong woman in a weakening romance. Over a slow-burning, mid-tempo arrangement from producer Bryan-Michael Cox, our leading lady empties out her most closely held thoughts and fears and fleshes out a passionate heartbreak piece. We hear Dondria earnestly fight for the love that she and her man share while also calling him out for his suspect actions.

Director Carlos McCoy helps to bring the song to life with his heartfelt video. We get a chance to take in sunlit images of Dondria and her beau enjoying sweeter times before we watch things regrettably dissolve into careless brush offs and unresolved arguments. Simple and effective in its storytelling, the video can act as a great introduction to Dondria for newer fans while also offering up a little satisfying fan-service for those who have faithfully supported the singer's career over the past decade.

After you watch the video for Dondria's "Where Did We Go Wrong" be sure to do your part to fight against the fleeting quality of modern music by revisiting her debut album Dondria vs. Phatfffat on your favorite streaming service.