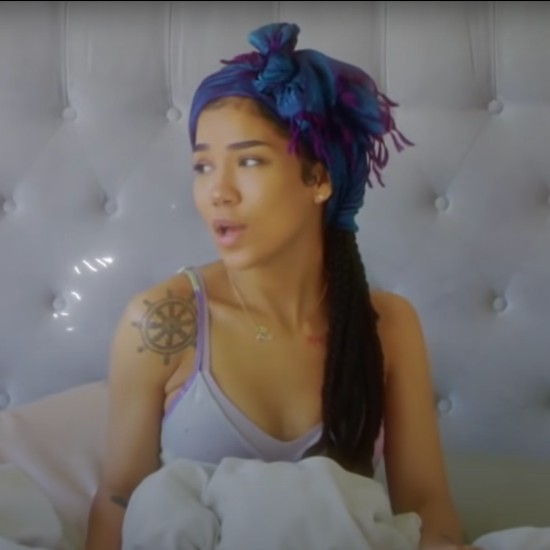 Jhené Aiko is serious about that self-care life. We first started noticing when she released the video for “Bed Peace” a few years ago. But with her latest album Chilombo showcasing the theme of regaining your sense of self following a break-up, she’s taken it to a whole new level. And it’s for our benefit, as the melodic, moody jams have been a great soundtrack to our own troubles of the world. Her newest single “Speak” and its accompanying music video follows the same theme of getting to know yourself to help get over what ails you.

On “Speak,” Jhené is finally feeling better about life after a break-up. She’s going to speak from her heart instead of under the influence of her ex. “I'm moving on, I'm putting on my favorite dress / The one you hated, said I looked naked in / F**k you're opinion bout it,” she makes it plain in the opening verse.

The video for “Speak” might be the most regular degular self-care visual yet. In the clip, we watch Jhené go about her day, from waking up to cooking and cleaning her home while the lyrics are also displayed on the screen. There are moments of bliss, however, where Aiko paints, tries on her favorite dress, works on music and indulges in a bubble bath but only after doing all the hard work so she can rest comfortably.

There might be a message in there somewhere, but we'll leave it to Iyanla Vanzant to figure it out. While the concept of the video may come from the artist being stuck in quarantine and unable to do anything too fancy, the simple video actually complements the song's themes very well, leaving us more than satisfied with the end result.