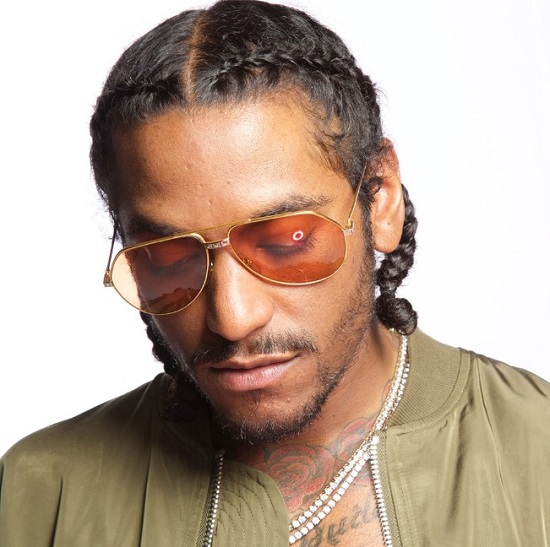 Revered writer and soothsayer James Baldwin once said, "To be a Negro in this country and to be relatively conscious is to be in a rage almost all the time." While that nugget of truth has been proven time and time again, it seems that 2020 is really putting it to the test. Not only is police brutality a constant during an already difficult time, but there truly seems to be no justice for Black people. Lloyd gives voice to this rage with his new song "They Don't Care."

The song begins with audio from news coverage of a riot and then segues into a spoken word piece from Lloyd as he bluntly states "F**k the police." That's when skittering programmed drums and dark ominous chords kick in as the singer speaks his piece about the real American "dream." "A lot of this s**t ain't real / They just made up / That government don't like me / They just fear us," he sings. "Taking our history / Flip it then fake us / Living the American dream." While getting his point across, Lloyd also includes a few other clips, including incendiary remarks from a clueless radio caller and a mother mourning a child killed by police.

"Our differences make us beautiful, not unequal," Lloyd wrote about his motivation to create the song. "I use my voice to spread love, to inspire enlightening conversations, and, as a father, to make this world a more compassionate place for my son and daughter."

"They Don't Care" is featured on indie label EMPIRE's new compilation Voices For Change, Vol. 1 — featuring contributions from PJ Morton, iyla, Jean Deaux, D Smoke, Sammie and many more. Proceeds from the single and compilation will be donated to the ACLU as they help fight against systemic injustice. You can head here to stream it via your platform of choice and stick around to watch the lyric video for "They Don't Care" when you press play.