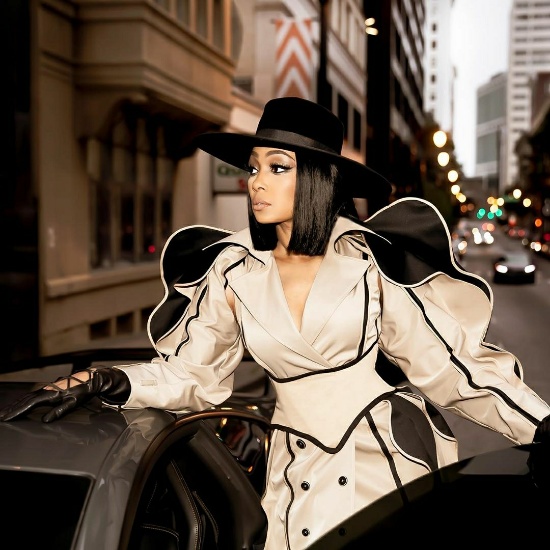 Last night's edition of VERZUZ featuring Brandy and Monica was a record-breaking event fueled by '90s R&B and Black Girl Magic. The beloved singers brought their deep catalogs and loyal fanbases with them, and at the end of the battle, the culture came out victorious once again. The Vocal Bible and Miss Thang played everything from their hits to album cuts and even threw in some new songs for good measure. Brandy made sure to play her current single "Borderline" taken from her B7 album, and not to be outdone, Monica treated viewers to her brand new song "Trenches."

On "Trenches," Monica pines over a lover who's locked up. She is down for her man on the inside and in the trenches on the outside. Mo holds it together and shares some wisdom on the chorus, "I'm watching in plain view, you caught up entangled / In the web of the world, I wish I could save you / Deep down you're an angel, but street life it trained you / Now listen to your girl, don't let the game keep playing you." She's joined by rapper Lil Baby who plays the role of her man behind bars and opens the track with a verse and later returns on the bridge with his perspective. The urban radio-friendly song with heavy trap drums is produced by The Neptunes. Monica sounds like Monica, her voice still pristine, but the song itself is pretty basic, chasing current R&B trends instead of bringing something fresh to the table and setting the curve.

Considering that Monica almost wore a "FREECMURDER t-shirt to VERZUZ, it's safe to say that "Trenches" is plucked straight outta her real life. The singer is currently working to get her old boyfriend C-Murder, who's currently serving a life sentence for second-degree murder, released from prison in Louisiana. She has kept in touch with the rapper on the low over the years and through other relationships, including her 8-year marriage to Shannon Brown, which ended in divorce in 2019. Her support for C-Murder's release has raised questions from his older brother Master P who has engaged in a war of words with Mo on social media. However, to hear Monica tell it on "Trenches," she is clearly unbothered and 10 toes down for her n***a.