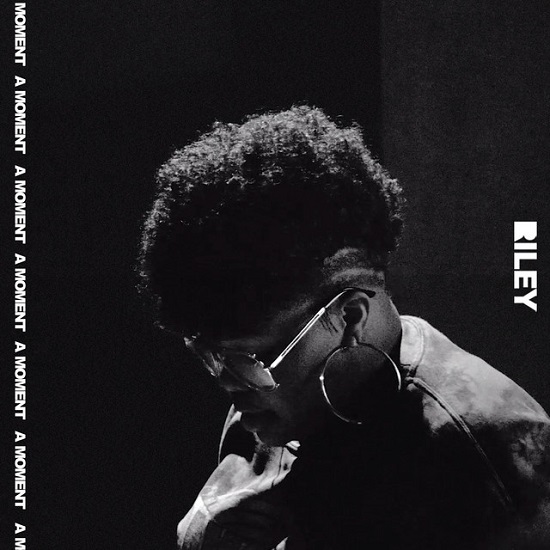 The artist formerly known as Amber Riley is changing things up as we enter the last stretch of 2020. She's now going by the mononym RILEY, and she's readying a new EP for release this October. After the death of her dear friend and former Glee co-star Naya Rivera, the singer decided to give us an early preview with a performance of her new song "A Moment" on Jimmy Kimmel Live! that touched the hearts of fans. So much so that the singer decided to release the single to the masses.

The song — which was co-written by RILEY, Jordin Sparks and Blush and co-produced by Harmony Samuels — is a heartfelt moment from someone just trying to make some sense of life. A haunting, gospel-tinged piano leads the way as the extraordinary vocalist gets a few things off her chest about just how weary she is. "Everybody thinks I'm OK / But don't nobody know the way I'm really feeling," she sings. "Only heaven knows that nothing hurts more than falling / When you think you've been climbing / Set me free." However, it's the triumphant chorus and swelling of strings that truly make the song soar as she sings, "I'm ready to fight, I'm ready to see / What's on the othеr side / I'm ready to cry, and just let it bе."

With the sentiment behind the song, it's no wonder that it served as a perfect tribute to her friend. Stream the single below and then stick around to get into her touching Jimmy Kimmel Live! performance. After you're done, make sure to pick up your own copy from your retailer of choice.


TAGS:  amber riley, audio, Harmony Samuels, Naya Rivera, RILEY
Previous: Bartón & Jacob Latimore Team Up To Give Us Something ‘Special’ Next: Bryson Tiller Reaches Back To The ‘Waiting To Exhale’ Soundtrack To ‘Inhale’