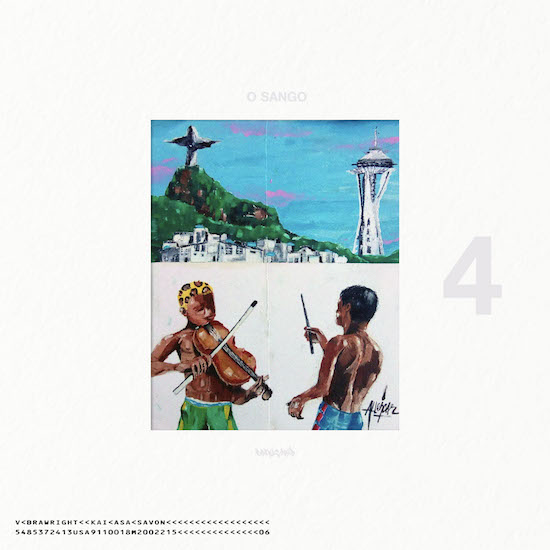 Seattle-based DJ/producer Sango has been making us dance for a while now. Whether he’s drawing inspiration from his personal experiences, creating for other artists or simply experimenting, his “spiritual bass music” has the ability to transcend and transport the listener to another space. True to form, the fourth installment of his Da Rocinha series serves this same creative and cleansing energy, topped off with the funk and flow we all need. Touted as his “love letter to Rio De Janeiro Funk Carioca,” the Soulection standout seamlessly blends elements of hip-hop, R&B, house, funk and samba. This vibrant, 40-minute journey in mostly instrumental experimentation is further complemented by collaborations with the likes of Jé Santiago, SD9, VHOOR, Luccas Carlos, Jao and Nill.

Sango’s celebrated Da Rocinha series, which kicked off in 2012, is a loving and lively sonic depiction of the resilience of the people of Brazil. Despite its namesake being the country’s largest slum (favela), it is credited as the birthplace of Baile (Carioca) funk, one of Sango’s biggest musical influences. He describes the series as “from the people, for the people” and says he’s “always been a person of culture through connecting dots and bridging gaps.” For Da Rocinha 4, he explains, “I wanted to reach out to the community of Rocinha, local areas in Rio de Janeiro and Brazil to give and receive support while I push this North American & South American sound.”

Transport your soul and preview Sango’s Da Rocinha 4 below. Be sure to add the full project to your collection from your preferred digital platform and, if you haven’t already done so, check out the series’ previous installments via Bandcamp.