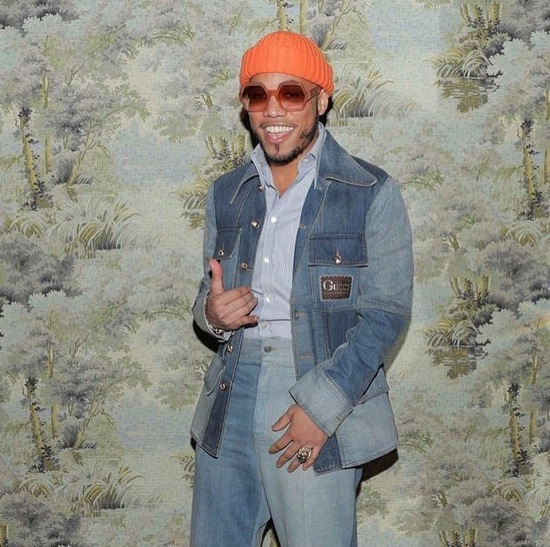 Anderson .Paak just won't stop! The hip-hop/R&B multi-hyphenate has been keeping us bopping with single after single to help us through this pandemic. If you've kept your eye on his socials, then you also know that he's been teasing even more newness in store. One in particular, "JEWELZ," had fans clamoring for him to release an official version for the world to enjoy. Their wish is Anderson's command, as he's now released the Timbaland-produced single for the masses.

The song is based around a slick bass line and strums of rhythm guitar anchored by knocking drums that are a signature for both of the fellas. Things are a little different here, though, as AP's voice is distorted to be higher pitched, making him sound like a pimp trying to spit some game. That fits the song's theme, though, as we find Cheeky Andy trying to seal the deal as he flirts with a bevy of ladies while flossing what he's got to get what he wants. While all the game he's spitting sounds pretty fly, he lets us know that there's plenty more where that came from. "I ain't even put my jewels on," he sings on the chorus. "I ain't even play my latest, greatest song." A little vocoder work woven into the song's fabric makes this one yet another winner for AP in a year full of 'em.

There's still more to come, as a Foot Locker-produced animated clip for the track featuring Anderson .Paak as his adorable son will drop this Thursday (October 8th). Until then, we suggest jamming to AP's latest, greatest song when you press play.


TAGS:  Anderson Paak, audio, timbaland
Previous: Allow Lyric Jones & Vic Mensa To ‘Show You How’ To Do It Next: Sunshine Anderson Is Back To ‘Level Up’