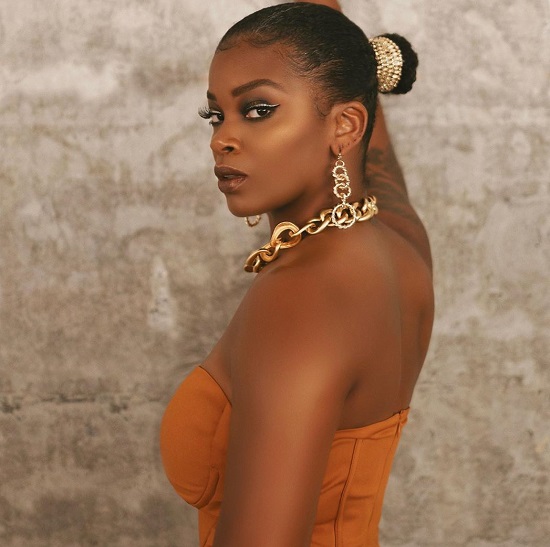 It seems our girl Ari Lennox has been in a very giving mood as of late. Outside of a number of features (including a pop-up on Durand Bernarr's DUR&), the singer has been dropping off a few loosies for us to enjoy. That includes her recent sultry bop "Chocolate Pomegranate." But the singer-songwriter and DMV native has more up her sleeve. She recently turned to her "secret SoundCloud that the label doesn't know about" to drop even more newness with "Cognac Eyes."

Once again produced by Elite, "Cognac Eyes" is another intoxicating slow jam from Ari. On it, she aims to get closer over a few sips while smooth piano loops and drums keep the pace. "The color of cognac, baby / I could get lost in your eyes," she sings at the track's start. While she vamps out that lyrical thought, she doesn't stay there for long as she paints the picture of the night that will ensue, making sure to name-check Minnie Riperton and her famous five-octave range.

While "Cognac Eyes" is a beautiful track, the song isn't as lyrically complex as her previous efforts like "Whipped Cream" (which, according to Elite, was created the same weekend). This song isn't the only gem to be found on Ari's "secret" SoundCloud page. A quick scan reveals tracks like "Pikachu Attack," "Waiting" and "Manchester Boy" all produced by Elite and ready for consumption. We'll let you go poking around on SoundCloud on your own, but first get into "Cognac Eyes" right here.


TAGS:  Ari Lennox", audio, Durand Bernarr, Elite
Previous: Mario Wants To Take You To ‘Mars’ Next: Celeste Contributes ‘Hear My Voice’ To Upcoming Netflix Film ‘The Trial Of The Chicago 7’