Bey Bright’s Gotta Have It In ‘Turning Me On’ 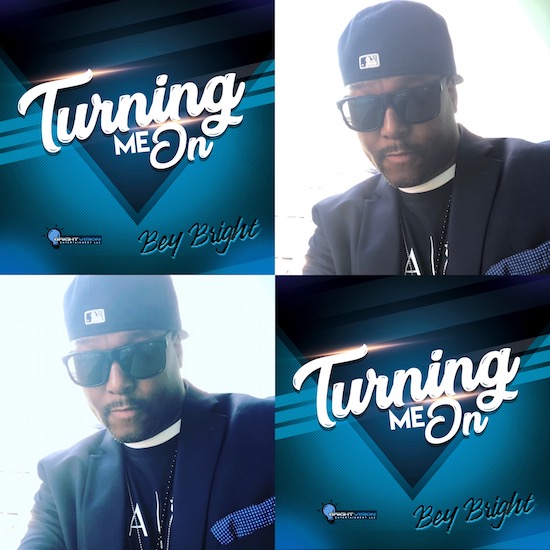 Bey Bright is stuck in the 1990s, which is a good thing because he keeps churning out authentic adult R&B that sounds like it's straight outta the decade. He released his latest album, a compilation of '90s-leaning R&B joints entitled Bey Bright's Top Indie Soul Hits, Vol. 2, last month, and he's already back with something new in the same vein. The producer/singer/songwriter has dropped the single "Turning Me On" where he lets the apple of his eye know that he wants to take a bite.

Over a sound bed of programmed drums, synths and twinkling keys, Bright breaks his lustful feelings down to his tenderoni. He keeps things pretty tame on the chorus, singing, "Girl, I like the way you're turning me on / Girl, I gotta have your love, you're the one I'm thinking of." He goes from sweet to between the sheets on the second verse, however. Bey croons, "I want to do the freaky things you like to do / Just me and you, girl," and, "Sex so amazing / Your love is blazing." He doesn't just want that good-good, though, even promising to put a ring on it to make her know that his feels are real. There's a touch of Auto-Tune throughout the track that gives it a contemporary feel but doesn't go overboard.

Bey Bright's "Turning Me On" is another throwback-style track from an artist who has found his lane in reviving the R&B and soul sounds of a bygone era and shows no signs of taking his foot off the gas or slowing down.