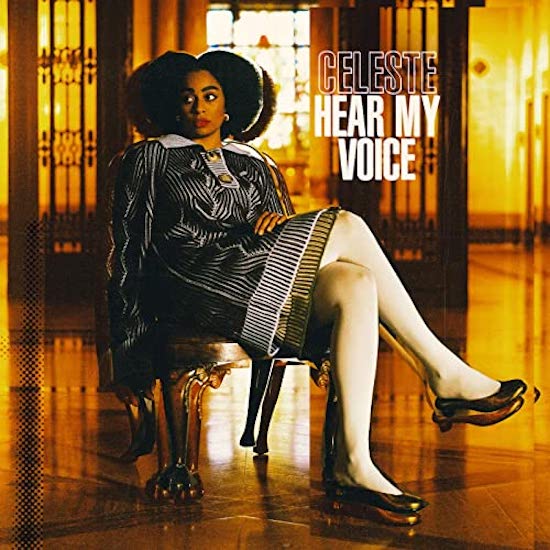 Though she has yet to release her debut album, singer-songwriter Celeste continues to make quite a name for herself. Following a string of soulful singles and the formation of a solid global fan base, the British beauty has penned and performed what promises to be the focus track of a major, upcoming Netflix film. Written alongside Golden Globe-nominated composer Daniel Pemberton, “Hear My Voice” captures the sentiment of both the current climate and the movie entitled The Trial Of The Chicago 7, written and directed by Oscar-winning filmmaker Aaron Sorkin. In the accompanying video, we catch glimpses of the film that details the trial of Black Panther Party co-founder Bobby Seale, Youth International Party (YIP) founders Jerry Rubin and Abbie Hoffman and anti-war protesters Tom Hayden, Rennie Davis, David Dellinger, Lee Weiner and John Froines, following a violent clash between citizens and police at an anti-Vietnam War demonstration in the summer of 1968 at Chicago’s Lincoln Park.

Celeste says she is honored to be part of such an important project and wanted to create something as meaningful and powerful as the film. Pemberton felt equally as compelled and explains, “One of the first things Aaron Sorkin talked to me about was his vision for a song that could end the film, that could leave us with a sense of hope and possibility, of light beyond the darkness. I wanted to write something that captured the ideals of protest, that every person has a voice and a dream for the world and that those voices deserve to be heard. ‘Hear My Voice’ was that idea.”

Watch the video for Celeste’s “Hear My Voice” and be sure to add the track to your collection from your preferred digital platform. This latest release is one of three songs from her featured on the upcoming soundtrack to The Trial Of The Chicago 7. The album includes the original score by Daniel Pemberton and is set for release on Varese Sarabande Records on October 16th, the same day the film debuts worldwide on Netflix.