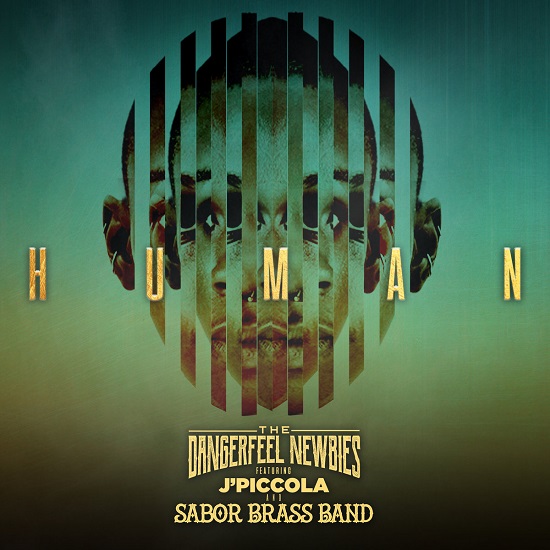 The Dangerfeel Newbies thrilled us in 2018 with the release of their album Culture Dawn. Not only was the album a solid one, but it offered some inspired covers of Jimmy Jam and Terry Lewis' catalog — including "Lonely" and "Sensitivity." It looks like the crew wasn't done with Jam and Lewis' body of work, though, as they're taking aim at The Human League's "Human," which the production duo crafted for the British pop group way back in 1986.

This take on "Human" is automatically different from most covers you've heard. That's because the musical arrangement is provided by Sabor Brass Band, who infuse the track with a New Orleans jazz feel full of horns, tubas and a jazzy syncopated rhythm that adds a bit of a party vibe to the slightly somber track. Meanwhile, the vocals are provided by J'Piccola, whose raspy voice brings a world-weariness to the track that lends itself well to the song's lyrics and themes.

At this point, we wouldn't be mad if The Dangerfeel Newbies took on the entirety of the Jam and Lewis catalog on their next set. While we dream of the possibilities that could bring, get into their reimagining of "Human" below and then pick up a copy of the track from Bandcamp.


TAGS:  audio, J'Piccola, Jimmy Jam and Terry Lewis, Sabor! Brass Band, The Dangerfeel Newbies, the human league
Previous: SoulBounce Exclusive: Bel-Ami Pays Homage To His Many Muses On Debut Album ‘MUSE(ic)’ Next: Rose Gold Is Ready To Set It Off ‘Soon As You Get Home’