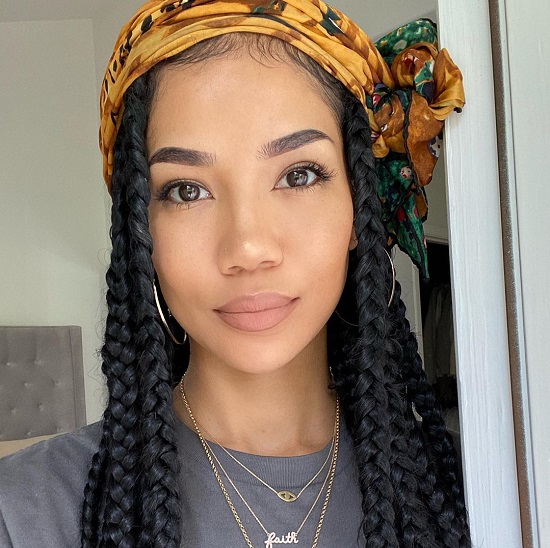 The 2020 US election is proving to be one of the most important of our lives, especially as we eye a potential second wave of the coronavirus pandemic that has not only hurt the health of Americans but also ground the American economy to a halt. That's why ABC's black-ish decided to do two special voting-themed episodes. That's also why singer-songwriter Jhené Aiko was tapped to write a song about the current voting experience for the country's Black population.

Jhené's contribution is simply titled "Vote," and it speaks to the importance of voting and the many obstacles put in the path to the voting booth. "I just wanna focus on my vote / I ain't got no time / I gotta work / Rent is coming up / I need this cash," she sings in earnest. She then continues to list the many ways in which this country seems to discourage participation, including employers not allowing their workers time to perform the civic duty and those in power introducing stipulations to get to the booth.

The song also features in the first half of the black-ish voting special in a brief animation that provides a visual to Jhené's message. In it, we see a beleaguered worker just trying to make ends meet with voting on her mind. Still, she seems to be focused as she makes every attempt possible to make her money and cast her ballot. Though it's just one aspect of the frustrating process in this country, it's a very valid one.

If you happened to miss it on the special, you can check out a clip of "Vote" from the show and listen to the slightly longer audio version below. We also suggest streaming or buying it from your favorite service so that the soothing sounds of Jhené Aiko can accompany you as you make your voice heard when you rock the vote this election season.


TAGS:  audio, jhene aiko
Previous: Sidibe Enchants In ‘Place For You And I’ Next: Jessie Reyez Has A Religious Awakening In ‘NO ONE’S IN THE ROOM’ & Escapes A Nightmare Boo In ‘SUGAR AT NIGHT’