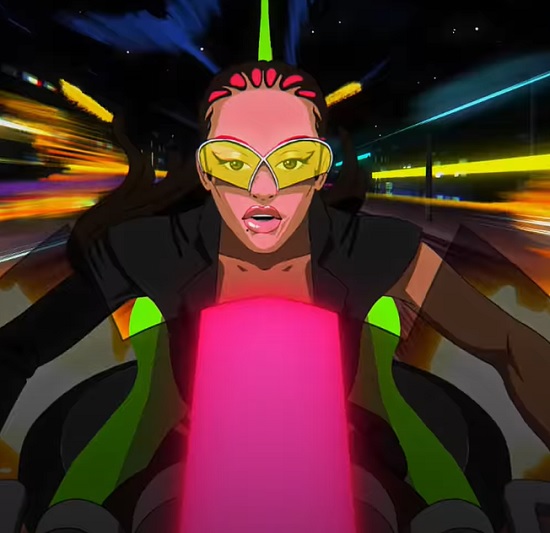 Jorja Smith doesn't seem to have a new album on the horizon. However, the British soul star seems to be everywhere we look since the 2018 release of her debut album Lost & Found. This year alone, she's contributed to a few different projects with songs like "By Any Means" and "Rose Rouge." Now the singer is back to focus on her own work with the release of her newest single and video "Come Over."

Like "Be Honest" before it, "Come Over" taps into her Jamaican roots with a dancehall-influenced rhythm on the track, which is about the miscommunications that dating in the social media age can bring. "I don't know if you want me to come over / Don't wanna ask / Really I should know better," she sings on the chorus. Meanwhile, the verses express her frustration in trying to read her paramour's mind in trying to decipher his intentions. Popcaan pops up for a hot second to deliver a short rap (though he does provide ad-libs throughout), but the track is ultimately all about Jorja — as it should be.

The video for the track finds Jorja going the anime route as she because a femme fatale/superhero looking for love. The animated clip (which is reminiscent of Aaliyah's commercial for her 2001 self-titled album) picks up on the song's vibes as it shows Jorja and the man she's interested in waiting for the other to make the first move. It results in a lot of unnecessary frustration on both their parts, but only Jorja really gets to take those frustrations out on some unsuspecting scumbag robots after one gets a little handsy with her. Ultimately, though, love wins out and our two Instagram-crossed lovers finally come together at song's end.

There hasn't been any announcement of a new Jorja Smith project in the works. If "Come Over" is any indication, though, we'd welcome a new album from the songstress with winding hips and open arms.