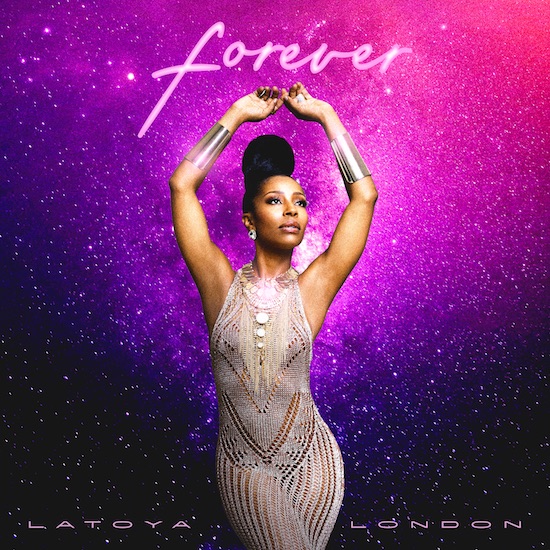 It's been quite a while since we heard from LaToya London. The singer made her name known when she was a contestant on season three of the singing competition American Idol as one the season's three divas (alongside future superstars Fantasia and Jennifer Hudson). The singer made her own moves after the show but then took a lengthy hiatus from performing. That hiatus is over now, though, and she's proving she has staying power with the release of her new single and video "Forever."

The soulful track is a good reintroduction to the singer's undeniable talent. Her voice shows no signs of age as she sings the opening verse of the song, giving us her manifesto in the process. "I'm in it to win it / Don't know how to quit / Can't stop, won't stop / I'm a boss wit' it," she sings in a crystal clear tone. Her voice is wrapped up in sultry modern R&B production, including a soft guitar, piano, a warm bass and trappy programmed drums that allow the track to bump while she sings about her ability to stay the course.

She also makes a statement with the song's video, which acts like a love letter to Black people the world over. LaToya is front and center looking fierce and fabulous in a crochet dress and sleek updo. When the camera isn't focused on her visage, the songstress shows off some books to add to your reading list — including Black Indians, Black's Law Dictionary and America B.C. We love a queen who wants to educate her people while showcasing her talent.

We're not sure when the songstress will be bringing more to the table, but we're more than happy to have LaToya London back on the scene. Check out her newest when you press play below.